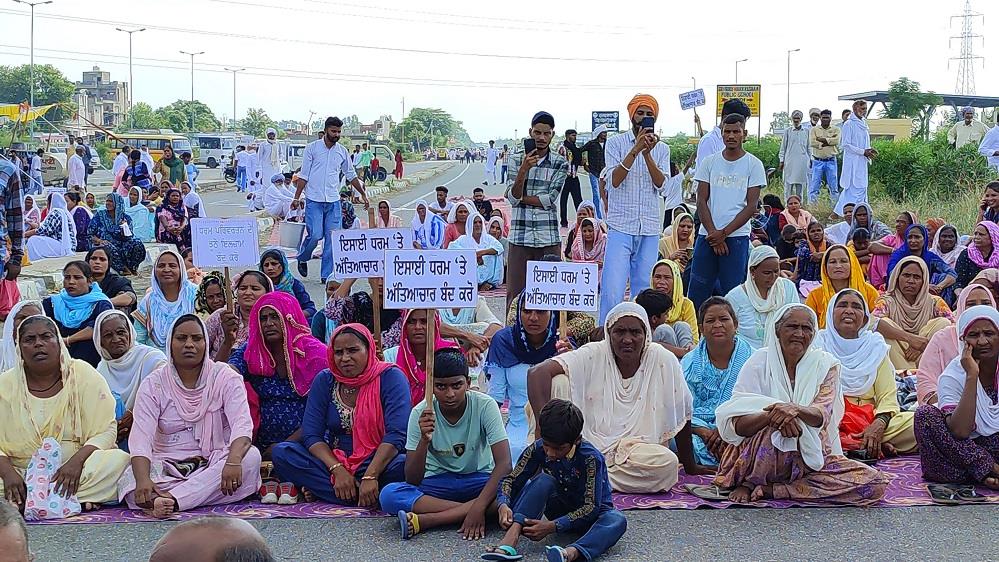 Members of the Christian community protest in Tarn Taran on Thursday.

Members of the Christian community today protested outside the District Administrative Complex (DAC) against the desecration of statues at a church in Patti a couple of weeks ago.

Father Peter and pastor Goldy criticised the incident and slammed the government for not resolving the matter.

The protesters said even after more than three weeks of the incident, the culprits had not been arrested.

They said though the state government had formed a three-member special investigation team (SIT), it had failed to crack the case.

They said if the police failed to nab the miscreants soon, they would be forced to intensify their protest.