Their younger daughter, Ahana Deol, broke the news on Instagram 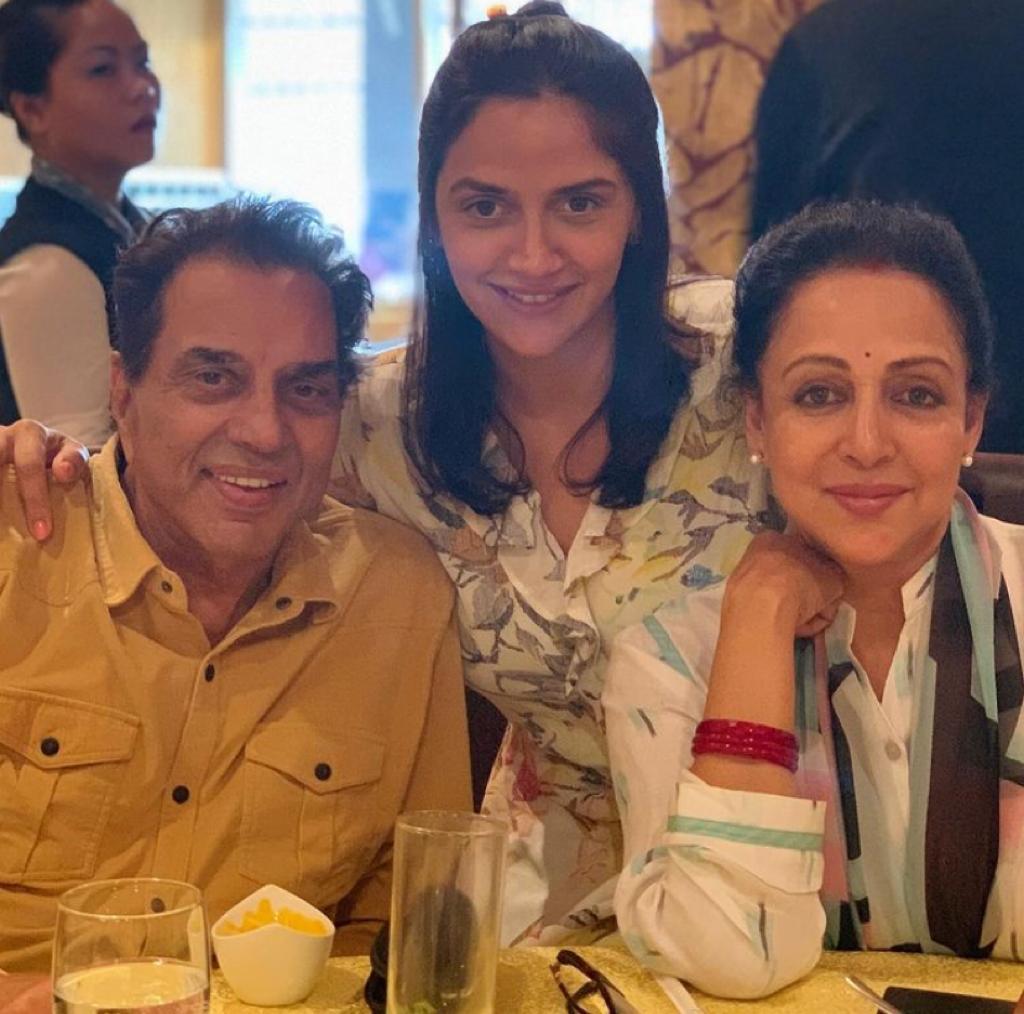 Dharmendra and Hema Malini have become grandparents once again.

Their younger daughter, Ahana Deol, has given birth to twin daughters.

She broke the news on her Instagram story, saying: "We are blessed to announce the arrival of our twin girls, Astraia and Adea Vohra. Born on - 26 November 2020. Proud parents Ahana and Vaibhav Vohra. Excited Brother Darian Vohra. Overjoyed grandparents Pushpa and Vipin Vohra, Hema Malini and Dharmenrdra Deol.”

Reacting to the new arrivals in their family, Hema told Spotboye in an interview, “Ever since Ahana got pregnant I have been shuttling between my home and hers. It is my only outing during the pandemic. Now that there are three children to be looked after at Ahana’s residence I will be spending as much time with them as possible. Ahana’s in-laws’ residence is close to mine.”

Speaking about how Dharmendra, and she were delighted, she added: “Dharamji says, ‘Hamari phulwari badi ho rahi hai (our garden is growing). With Esha’s two daughters and Ahana’s three children, I couldn’t have asked for more.”

The couple already has a son named Darian.