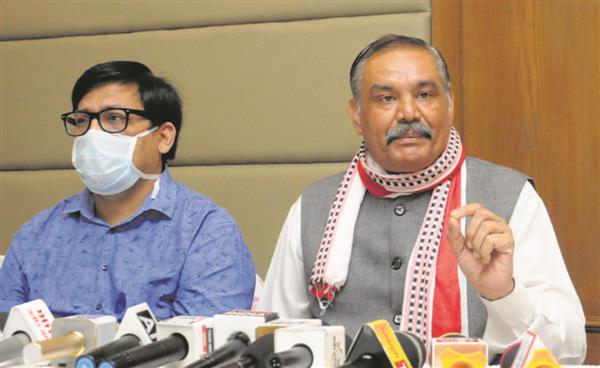 Former Union Minister Vijay Sampla today questioned the state government over whether the action against him yesterday was a “revenge” for Rahul Gandhi being prevented from meeting the Hathras rape victim’s family during his first visit. Sampla said if the state government did not arrest the culprits in the Fazilka incident within two days, he shall be “forced to take the next step”.

Addressing the media here, Sampla said, “The way I was prevented from meeting the family shows that the government is shielding the culprits. Rather than nabbing the accused, it is targeting the family of the victim. Youth Congress workers blocked me yesterday. Everything was managed by the Congress.”

Sampla said, “The farmers did not stop us. We are standing with them but the Congress and other parties are using the farmers’ protest for their own interests. I want to appeal to farmers to be advised on this. I also exhort them to back us on the issue of justice to Dalits.” — TNS