The Punjabi rom-com is slated to release in 2021. 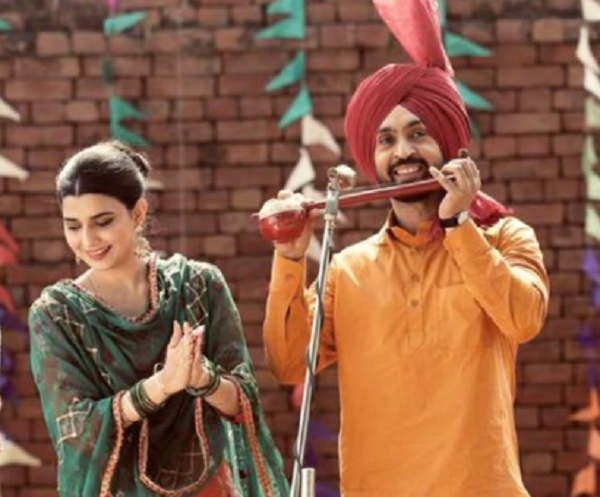 Punjabi singer and actor Diljit Donsajh teased his Instagram family with a sneak-peak of his upcoming project, Jodi. The Punjabi singer had announced last year that he is working on Punjabi rom-com which is slated to release in 2021.

He will be sharing the screen with Punjabi singer and actress Nimrat Khaira.

In the sneak-peak, the singer was seen wearing an orange kurta and red lungi. Diljit rounded up his look with a red pagri and was seen standing on a stage whereas Nimrat was seen donning a red and green suit. She also wore matching jewellery with her outfit, and had her hair tied up in a neat bun.

The picture hints towards a singing and dancing scene.

Later, Nimrat shared the same picture on her Instagram profile.

As soon as the post went up, a number of his fans shared how excited they are about this project. Many also said how adorable the two celebs looked together.

Several requested the filmmakers to reveal more updates about the film as well.