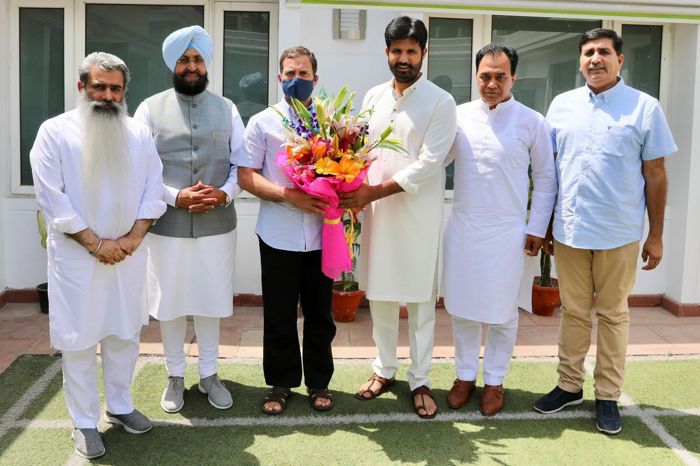 Congress leader Rahul Gandhi on Monday asked the newly appointed Punjab unit team not to tolerate indiscipline and act tough on people who weaken the party with their remarks and actions, no matter who these people are.

We will build a new Congress where last person standing in the line will be honoured. We will enforce discipline, forge unity and cohesion. —Raja Warring, PCC chief

Speaking to The Tribune after the meeting, Warring confirmed Rahul’s signalling. “The message from the central leadership was loud and clear — those who resort to indiscipline should be proceeded against and strict action must be taken. Rahul made this clear. He said no matter who commits an act of indiscipline, they must face action and the party must be strengthened,” said Warring. Besides expulsion of former Amargarh MLA Surjit Dhiman, a Navjot Singh Sidhu confidant, and show-cause notice to Sunil Jakhar, accused of using “objectionable language” against the Dalits in comments purportedly aimed at former CM Charanjit Channi, action against other leaders is also in the offing.

The new appointees have been asked to strengthen the state unit, before taking on the AAP government in run-up to the 2024 LS elections. Later, Warring and Ashu met party president Sonia Gandhi.

The Gandhis are learnt to be upset with senior leaders, including Sidhu and Jakhar, for the manner in which their statements proved counterproductive for the party in the Assembly polls. —