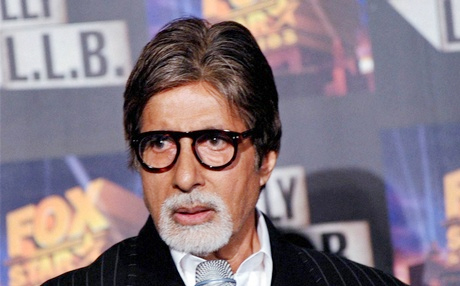 A 1984 Sikh riot victim, Bibi Nirpreet Kaur, has approached the Akal Takht Jathedar against it, demanding summoning of DSGMC chief Manjinder Singh Sirsa to the Takht for praising someone allegedly involved in inciting the riots.

The SGPC, too, has criticised the way Sirsa had hailed Bachchan for contributing Rs 2 crore to the Covid care centre at Bhai Lakhi Shah Wanjara Hall of Gurdwara Rakabganj Sahib.

SGPC president Bibi Jagir Kaur said no donor could be a “celebrity” in Guru’s ghar. “Anyone contributing anonymously like an ordinary devotee to ‘golak’ is acceptable, but the way his (Bachchan) donation was being hailed on social media platforms was not a wise move,” she said.

However, the SGPC chief refrained from commenting over whether Sirsa should be held accountable for the ‘lapse’ or the money be returned. “I have no idea about whether the money was donated through cheque or cash to the DSGMC,” she said.

Asked about complaints reaching the Takht, she said any Sikh devotee could lodge a complaint or submission. “Only jathedar who occupies the highest Sikh temporal seat can take a call on it,” she said.

Akal Takht Secretariat officials said a letter from Bibi Nirpreet Kaur had been received via e-mail, lodging protest on the DSGMC accepting donation from Bachchan. “At present, jathedar-ji is abroad. It will be brought to his notice once he returns,” said an official.

A similar complaint was received from the All India Sikh Students Federation. Patron Karnail Singh Peer Mohammad said the Takht must take Sirsa to task. “Sirsa was well versed with the role of Bachchan in the anti-Sikh riots. How could he commit such a blunder by accepting money from him? Did Sirsa ever mention thousands of other donors the way he praised a man who had instigated mob against Sikhs?” he claimed.