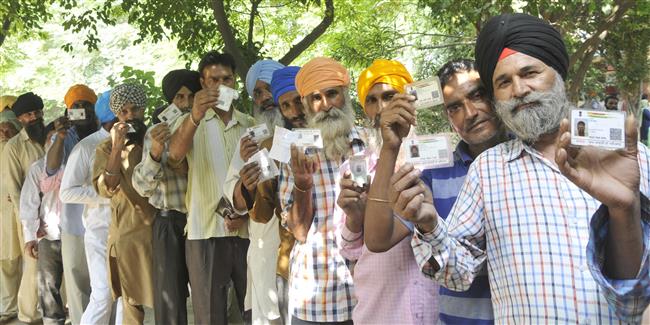 Polls have been rescheduled following demand by political parties. File

Accepting a demand by the Punjab Government and various political parties, the Election Commission of India (EC) has postponed the single-phase state Assembly polls from February 14 to February 20 in view of Guru Ravidas Jayanti.

Chief Minister Charanjit Singh Channi, various political parties and other organisations had urged the EC to defer the voting as lakhs of followers of Guru Ravidas would travel to Varanasi in Uttar Pradesh to celebrate his birth anniversary on February 16.

According to the new schedule, the notification for the polls will be issued on January 25 while nominations can be filed till February 1. The scrutiny date is February 2 while the last date for withdrawal of candidature is February 4. The counting of votes will take place as scheduled earlier on March 10.

“The state government, various political parties and other organisations have pointed out that a large number of devotees start moving for Varanasi around a week before the day of celebration and keeping the poll day on February 14 will deprive a large number of electors of voting. In view of this, they requested to shift the poll date a few days after February 16,” the EC said in a statement.

The earlier schedule was announced by the EC on January 8 and according to it, the single-phase polls in Punjab, Uttarakhand and Goa were to be held on February 14. The EC is learnt to have sought feedback from the state government and the Punjab Chief Electoral Officer. The Congress, Aam Aadmi Party, BJP and the BSP were among the parties that had sought postponement of the voting.

Revised schedule
Jan 25: Notification to be issued for Assembly elections
Feb 1: Last date for the filing of nomination papers
Feb 2: Scrutiny of papers
Feb 4: Deadline for withdrawal of nominations
Counting of votes on March 10

Not the first time
Oct 2013: EC tweaks certain dates for Assembly poll in Mizoram to be held in Nov 2013
April 2014: A byelection rescheduled in Mizoram
March 2012: Uttar Pradesh Assembly poll date changed due to religious reasons

BJP-led NDA is likely to get another ally as talks with the Lok Insaaf Party, led by Bains brothers, both MLAs from Ludhiana, are in final stage