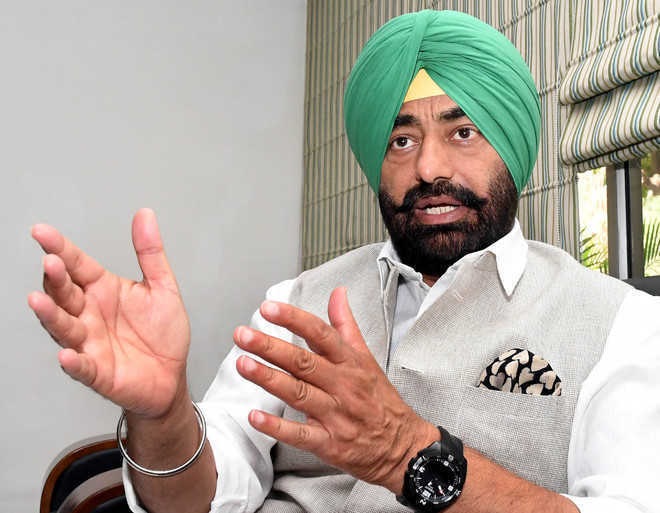 The Enforcement Directorate (ED) has summoned three top fashion designers of the country in connection with a money-laundering case against a Punjab Congress legislator, official sources said on Wednesday.

They said the designers have been sent notices to appear for questioning before the Central probe agency in Delhi by next week.

The names of the designers are being withheld as they were unavailable for comments.

The summons is related to a money-laundering case against Punjab Congress MLA Sukhpal Singh Khaira and his family members. The agency had conducted searches against the accused in March, the sources said.

Khaira was a rebel Aam Aadmi Party (AAP) MLA when the raids were carried out. He has recently re-joined the Congress.

The legislator from the Bholath Assembly seat in Punjab’s Kapurthala district won the election in 2017 on an AAP ticket.

However, he resigned from the primary membership of the Arvind Kejriwal-led party in January 2019 and floated his own outfit, the Punjab Ekta Party.

The ED has alleged that Khaira is an “associate” of drug case convicts and fake passport racketeers.

The 56-year-old politician has denied any wrongdoing and said he is being targeted by Central agencies as he has been vocal against the Centre’s three new farm laws.

The case against him pertains to the probe in a 2015 Fazilka (Punjab) drugs-smuggling case in which 1,800 gm of heroin, 24 gold biscuits, two weapons, 26 live cartridges and two Pakistani SIM cards were seized by security agencies from a gang of international drug smugglers.

The sources said the ED has found that certain payments, including in cash, were allegedly made to the three designers and hence, the agency wants to know their version of the transactions and record their statements.

The ED had filed the case under criminal sections of the Prevention of Money Laundering Act (PMLA) against Khaira and others after studying a Punjab Police FIR.

“The drugs were smuggled through the India-Pakistan border and one of the kingpins of the syndicate is in the UK.

“Khaira was actively aiding and supporting the gang of international smugglers and enjoying the proceeds of crime,” the agency has alleged. PTI