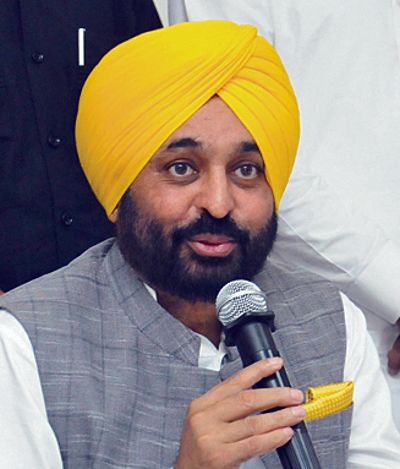 Chief Minister Bhagwant Mann on Thursday directed the state procurement agencies to ensure resumption of mandi operations within hours of stoppage of rain in various parts of state.

A spokesperson of the Punjab Government said the CM laid emphasis on the welfare of farmer and directed the officials to ensure farmers were not put to inconvenience as a result of inclement weather.

Light rain accompanied by strong winds had lashed many parts of the state leading to the possibility of temporary disruptions.

Meanwhile, officials of the Department of Food and Civil Supplies, Mandi Board and other agencies held a meet to chalk out the plan. —