He is chief strategic adviser to Navjot Sidhu 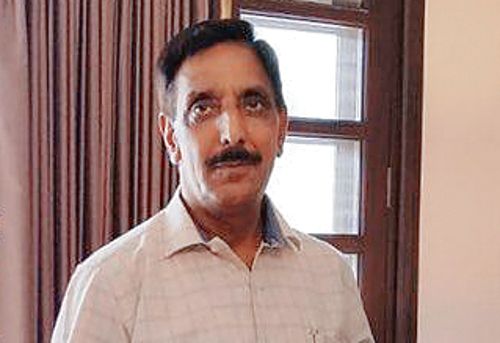 In a fresh trouble for the Congress, the police have booked ex-DGP Mohd Mustafa, husband of Congress minister Razia Sultana and chief strategic adviser to Navjot Singh Sidhu, for making an alleged hate speech in Malerkotla.

In a fresh trouble for the Congress, the police have booked ex-DGP Mohd Mustafa, husband of Congress minister Razia Sultana and chief strategic adviser to Navjot Singh Sidhu, for making an alleged hate speech in Malerkotla.

There is no Hindu-Muslim context to my speech. People who are saying I have threatened Hindus in the speech should get their ears checked. Mohd Mustafa, former Punjab director general of police

The police have booked Mustafa under Section 153A of the Indian Penal Code (IPC) and Section 125 of the Representation of the People Act for promoting enmity between communities or groups during elections.

Recently, a video of the alleged high-decibel speech by Mustafa, went viral on social media.

The ex-DGP has denied the accusations. “It was an outburst against a group of Muslim supporters of Aam Aadmi Party (AAP) who had tried to block my way to a political function a few minutes ago only. I had used the word ‘fitnon’ meaning law breakers and not ‘Hinduon’ as is being wrongly alleged. Also, I simply asked the administration to keep a check on such unlawful elements or there would be a retaliation,” he said.

The FIR has been lodged on the complaint of Inspector Harjinder Singh, SHO, City police station. The FIR said making such a speech was a violation of the election code of conduct. However, the FIR does not mention if the Election Commission had ordered the registration of the case.

Shiromani Akali Dal chief Sukhbir Singh Badal has sought immediate arrest of Mustafa. “The hate speech has exposed Congress which can go to any extent for seeking votes. I have written to the Election Commission to take an exemplary action in the case. Mustafa should be immediately arrested and barred from participating in election campaign.”

Aman Thapar, a BJP leader from Malerkotla, said Mustafa was trying to disturb religious harmony between communities in the town.

Chandigarh: AAP Punjab affairs co-incharge Raghav Chadha said the AAP candidate and party workers from Malerkotla have lodged an FIR against Mustafa for his statement. TNS