Vishnu rejoined Congress in presence of Navjot Sidhu a fortnight back 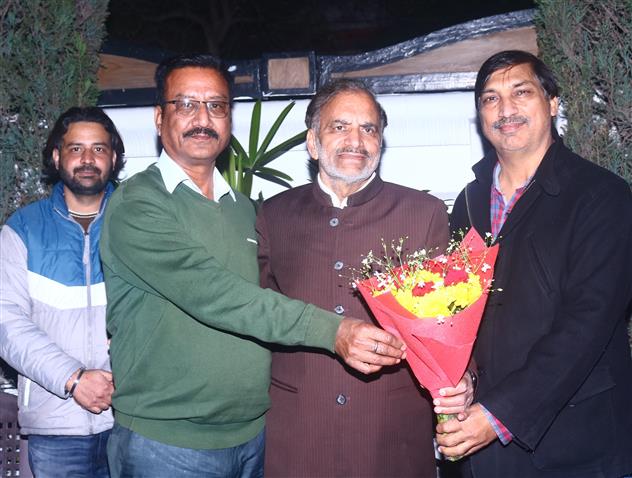 Finally after much delay, the Congress has named former Mayor Vishnu Sharma as its official candidate from the prestigious Patiala Urban seat, where he would face stiff competition from former CM Capt Amarinder Singh. Sharma, who left the Congress and joined the SAD following differences with Capt Amarinder Singh and his MP wife Preneet Kaur, rejoined the party last week.

He is the second Hindu face in fray from Patiala after SAD named Harpal Juneja as its official candidate. A few minutes after his name was mentioned in the official list, Sharma said he would work for the people of the constituency and would ensure the Congress’ victory.

“This seat is a traditionally a Congress seat and I would ensure that the party continues to keep this seat”, said Sharma, who has been holding meetings with his supporters in the walled city. “Congress workers have been meeting me in the past over a month, and my decision to rejoin my old party was taken in consultation with all of them,” says Sharma, adding that he would ensure a win.

In 2017, Capt Amarinder won the seat on Congress ticket by defeating AAP’s Dr Balbir Singh by a huge margin of 52,407 votes. “We will work closely with Vishnu who is a good acceptable Hindu face of the city. Our workers are united and we are hopeful that the Congress will again win this seat,” said Narinder Lalli, District Congress Committee, Patiala Urban president.

With a five-way contest among the Congress, SAD-BSP, BJP-PLC-SAD(S), Sanyukt Samaj Morcha and AAP on the cards, the victory margins are likely to shrink.

A prominent Hindu leader from Patiala, ex-Mayor Vishnu Sharma rejoined the Congress in the presence of PCC chief Navjot Sidhu a fortnight back. He had quit the party following differences with Capt Amarinder Singh and his wife Preneet Kaur in 2014. The first Mayor of Patiala MC during the Cong rule in the state from 2002-07, he is a prominent Hindu leader of the city.