Facing flak, Punjab Govt says no farmer will be arrested 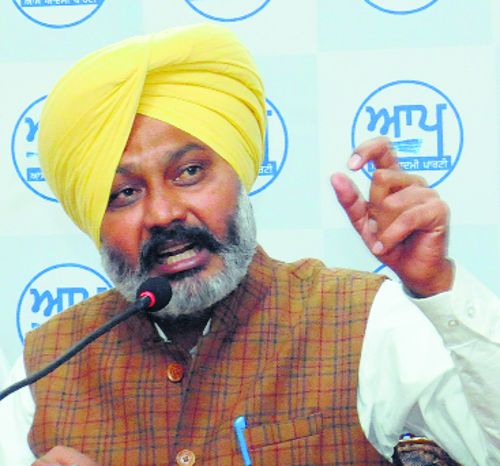 The Punjab Government today said no farmer in the state who had defaulted on repayment of loan would be arrested. The AAP government also denied any fresh arrest warrants were issued by them against the farmers.

Farm unions across Punjab have been criticising the state government for sending out notices to farmers who have defaulted on payments for crop loans availed by them.

The warrants were sent out by the Congress govt. Now, some officers of Punjab Agriculture Development Bank have re-issued these. But I assure you no farmer will be arrested. — Harpal Cheema, Finance Minister

The Kirti Kisan Union, BKU (Dakaunda) and BKU (Ekta Ugrahan) have been reacting strongly to the issuance of warrants and have threatened to launch a protest. The AAP government said arrest warrants against defaulting farmers were issued by the previous Congress government and some officials in Punjab Agriculture Development Bank had only re-issued warrants as a routine follow-up procedure.

Finance Minister Harpal Cheema, in a video message, said: “The Congress had promised to waive complete farm loans taken by farmers before it came to power in 2017. But this was not done and they started issuing arrest warrants to farmers. Now, some officers of the Punjab Agriculture Development Bank have re-issued these arrest warrants. But I assure you no farmer will be arrested. We are coming up with a new agriculture policy to rid the farmers of debt and to make farming economically viable. Our predecessors have only sunk the farmers further into debt, and done nothing to uplift them,” he said. —