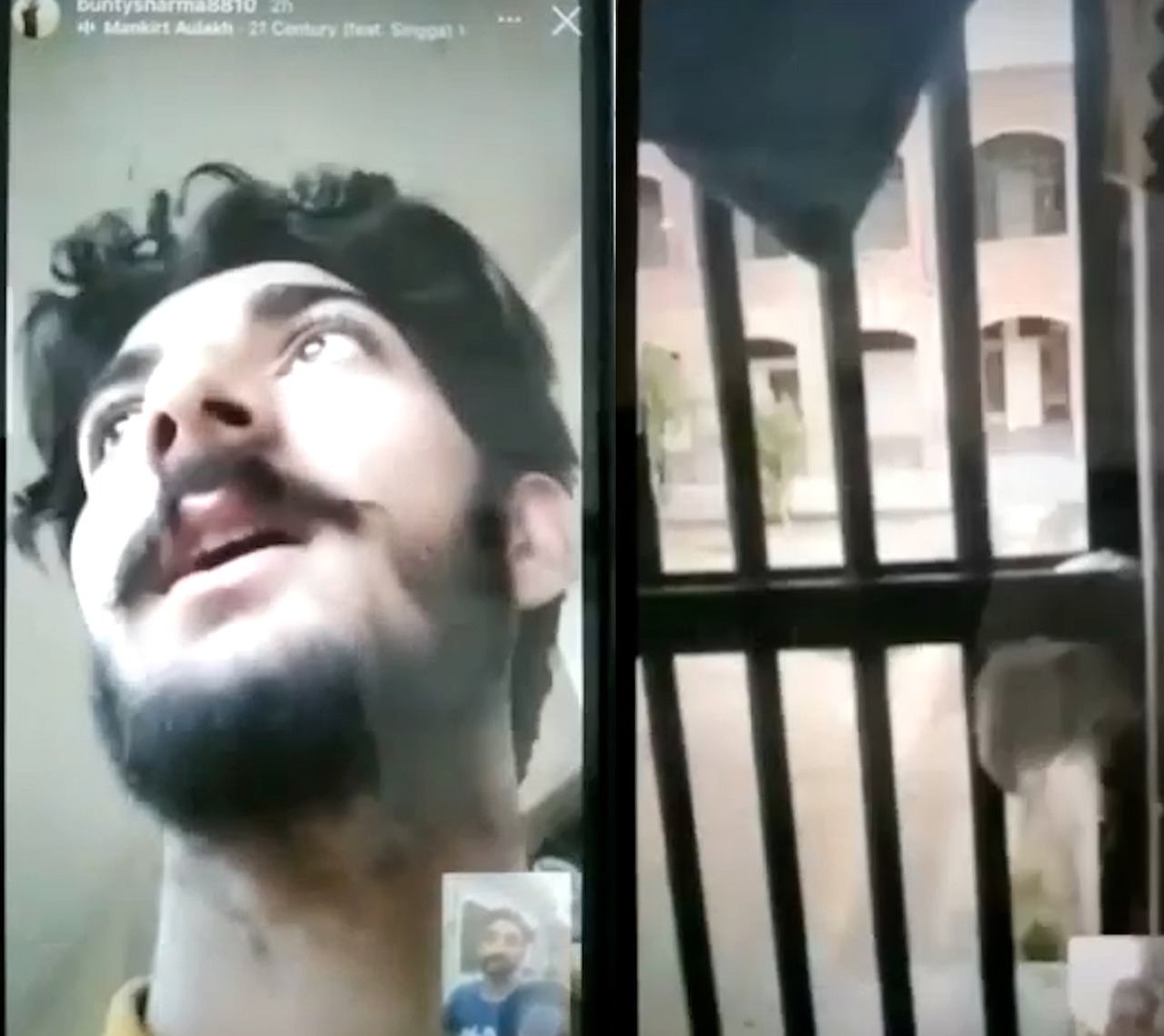 A video grab of Karan Sharma in the jail.

Faridkot jail superintendent Joginder Pal was on Thursday suspended after the video shot by an inmate on a phone went viral.

An inquiry by DIG Prisons indicted the official for dereliction of duty leading to availability of phones to the inmates.

Karan Sharma, an inmate, arrested for possessing illegal weapons, allegedly shot his video in the jail and sent it to people outside.

Faridkot jail is known for rampant use of mobile phones by the inmates. On an average, 100 to 150 mobile phones are recovered from the jail every year, putting the jail authorities under the scanner.

During the search of the Faridkot jail on Thursday, five mobile phones, two phone chargers and two set of headphones were recovered.

Police have registered a case against Karan Sharma, who is accused of making a video call from the jail to his relative Sunil Kumar of Faridkot. He is accused of showing the inside view of the jail, including its barracks, in the video.