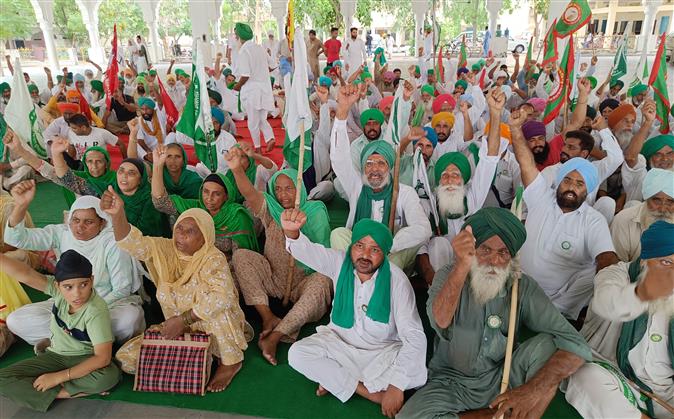 Members of various farmers’ unions raise slogans during a convention in Bathinda on Wednesday. Pawan Sharma

Farm labourers’ union will start a statewide agitation and dharna outside DC offices from August 8 onwards. The announcement was made by leaders of unions during a convention held here today.

“Since all are demands are pending so, we will start a state-wide agitation from August 8. We will stage protests outside the DC offices in all districts of the state,” he said. Meanwhile, union leaders condemned a statement by Member of Parliament Simranjit Singh Mann in which he allegedly termed Bhagat Singh as terrorist.