Sidhu playing game of one-upmanship with CM, has no intention of helping farmers, says Daljit Cheema 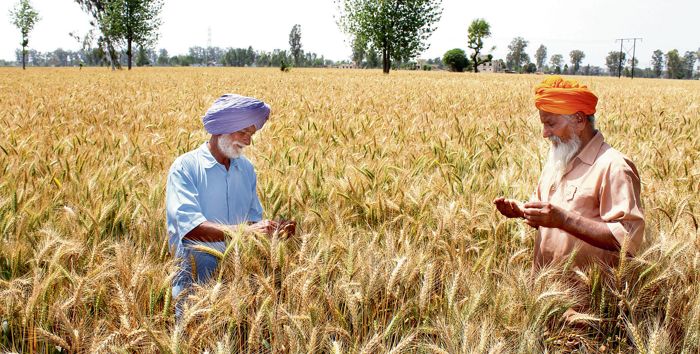 The Shiromani Akali Dal (SAD) asked Punjab Congress chief Navjot Sidhu why he did not object to the 2013 legislation on contract farming when he was still a minister in the current Congress establishment.

Countering Sidhu’s allegations that the Akalis’ contract farming act of the 2013 formed the basis of the Centre’s controversial agriculture law on contract farming, SAD spokesperson Daljit Singh Cheema asked in a press release why he’d never objected to the law when his government was voted to power in 2017, and continued to remain silent even after he’d resigned from the government.

“It is only now with elections months away that you are taking up this issue to cover up your failures,” Cheema said.

Sidhu’s remarks, said Cheema, showed he was keen to “play a game of one-upmanship with chief minister Capt Amarinder Singh and has no intention of doing anything to ensure repeal of the three agriculture acts”.

“Capt Amarinder Singh woke up and realised the damage the three black laws were doing to Punjab two days back, nearly one year after they were passed by parliament. Now Sidhu has also woken up from his slumber and wants to project himself as a sympathiser of the Kisan cause even though he has done nothing to support this cause since the last one year,” Cheema said.

He also reminded Sidhu that his wife, Navjot Kaur Sidhu, was chief parliamentary secretary under the SAD-BJP government when the legislation on contract farming was first proposed.

Both Sidhu and his wife were previously members of the Bharatiya Janata Party— Navjot Kaur Sidhu even became a BJP legislator in the Punjab Assembly Elections of 2012, which brought back the SAD-BJP government to power. Both resigned from the party in 2016 and switched over to the Congress when their relationship with the saffron party soured.

Cheema asked Sidhu why he was silent over the controversial APMC act amendments that his own Congress government had brought about in 2017, which he claimed had provisions similar to some in the Centre’s controversial agriculture laws.

“The amendments allow for the creation of private mandis, direct purchase from farmers, a uniform licensing system and establishment of an e-trading platform. You are yet to raise your voice against this even as you indulge in empty theatrics and mischievous allegations,” he said, and

He also wanted to know why he was silent over the Congress party’s 2019 General Election promise to abolish APMC mandis as well as do away with the Essential Commodities Act.

“This was contained in the Congress party’s election manifesto also in 2019 however Sidhu has never spoken out against this anti-farmer stand. This only goes on to show his true colours besides proving how subservient he is to the Gandhi family,” he asked.

He suggested Sidhu should lead an all-party delegation to hold a meeting with Prime Minister Narendra Modi to demand that the Centre do away with the controversial agriculture laws.

“It is initiatives like these which can take farmers out of the crutches of corporates. Not misguided potshots without meaning or sense. Take note and correct yourself in the interest of the 'annadaata',” Cheema said.