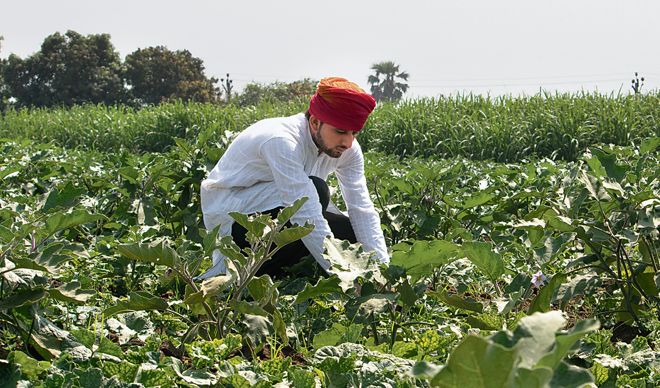 Even as farmers, farm unions and political parties in Punjab have lodged their protest against the much touted ‘Farmers Produce Trade and Commerce (Promotion and Facilitation) Ordinance’, the state government has already implemented most of the provisions in the ordinance brought by the Centre two days ago.

In spite of an assurance given by Union Agriculture Minister Narender Singh Tomar that the minimum support price (MSP) on the two staple foodgrain grown in the state — wheat and paddy — will stay, farmers and farm unions feel the Centre is pulling away from government purchase of their produce. They have rejected these reforms, calling these pro-trader and anti-farmer. Senior functionaries of the Union Agriculture Ministry today held a videoconference with their counterparts in Punjab and reiterated that the MSP regime would continue, even as Punjab objected to a complete deregulation of private mandis.

As specified in the ordinance, Punjab has already allowed creation of private market yards or mandis in August 2017. Private entities are also allowed to purchase agriculture commodities at the farm gate. The state has a mechanism in place to issue a unified licence to operate in all 130 market committees and 37 eNAM mandis already exist in the state.

“Our main objection to the ordinance is that it deregulates private mandis or clearly specifies that no fee can be charged by the agriculture produce market committees in private mandis. This will hit the state’s tax collection as a number of fruit and vegetable growers and those selling maize, barley, millets and oats can move to the private mandis, where they are likely to get better prices,” said a senior government officer.

There is an apprehension that the new ordinance seeks to provide little protection to small farmers in the creation of One Nation One Market scheme. “Experience shows that once the reliance on the private sector is complete, farmers will be at the mercy of private traders,” says Jagmohan Singh, general secretary, BKU, Dakaunda.