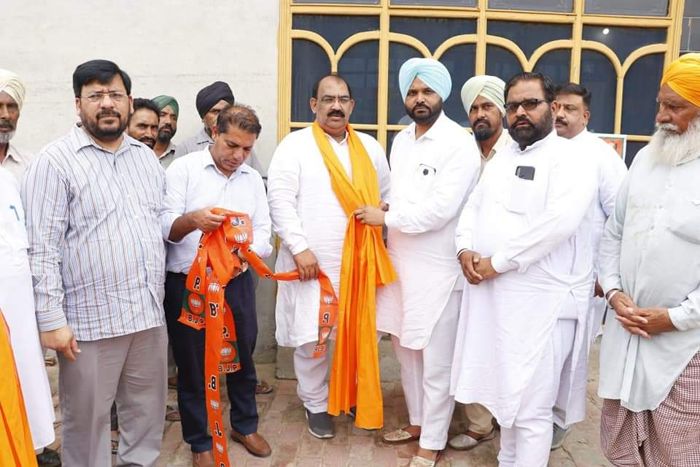 Within months of withdrawal of the three controversial central farm laws, things have changed for BJP leaders in Sangrur villages, which saw many protests against the party. Then banned BJP leaders, are now conducting meetings in villages, visiting farmers and sharing policies of their party to seek votes for their candidate Kewal Singh Dhillon in the Sangrur Lok Sabha bypoll.

Groups of BJP workers led by Punjab BJP president Ashwani Sharma, party candidate Kewal Singh Dhillon and other party leaders have been visiting various villages. Sharma, along with other party leaders, has been visiting common places of various villages and houses of farmers. He interacts with them and tells them about various party programmes and also replies to questions of farmers. Till date, BJP leaders have not faced any protest from farmers about any farming-related issue.

“After the withdrawal of farm laws by central BJP government, farmers have also stopped opposing BJP leaders. But many farmers still question them at many places about our pending demands,” said Dharminder Pashore, BKU Ugrahan leader from Lehragaga.

“We are visiting various villages and meeting farmers in their houses and at common places. We are sharing details of development works undertaken by our government in Punjab and our future plans. We are getting good support,” Sharma told The Tribune.