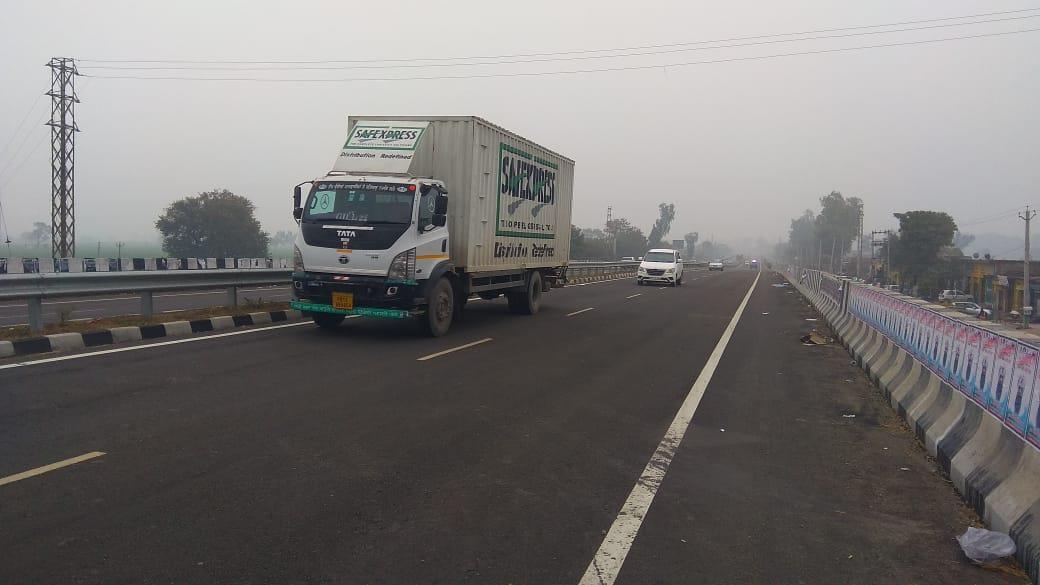 The flyover at Piareana village in Ferozepur where the PM's convoy remained stranded for 15 minutes on Wednesday.

Farm union leaders stand divided with regard to the alleged breach in Prime Minister Narendra Modi’s security on Wednesday.

The BKU (Lakhowal) and Kul Hind Kisan Sabha have condemned the alleged blockade by farmers near Piareana village on Ferozepur-Moga road. However, the Punjab Kisan Union and BKU (Sidhupur) have supported the protesters.

Also read: Protesting farmers had no clue of Modi's convoy travelling by road from Bathinda to Ferozepur: Samyukt Kisan Morcha

BKU (Dakaunda) president Buta Singh said there was no collective call given by the SKM for a protest or bloackade of the road on which the PM’s cavalcade was passing through. BKU (Ekta Ugrahan) leaders, without justifying or speaking against the blockade or security breach, have said it was a “planned move” with political motives. Few farm union leaders have even termed it a “big loss” to the state as projects worth Rs 42,750 crores were to be inaugurated by the PM.

Blocking the road on which the PM’s convoy was to pass through was wrong. — Harinder Singh Lakhowal, BKU (Lakhowal)

Our wounds are still fresh. The PM does not have moral authority to visit the state. — Ruldu Singh Mansa, Punjab Kisan Union