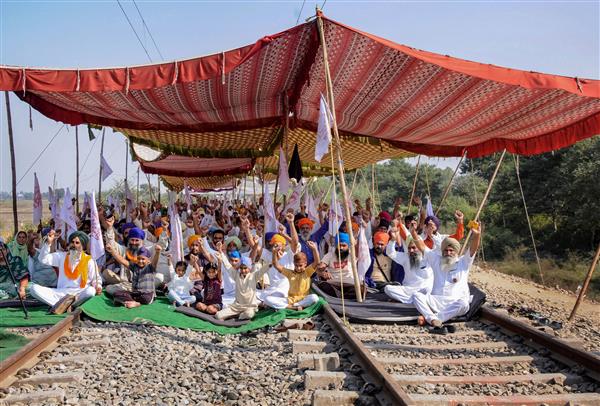 The All India Kisan Sangharsh Coordination Committee (AIKSCC) on Thursday doubled down on its plan for a face-off with the Union government “march to Parliament” on November 26 and 27 against the three farm laws passed by Parliament during the Monsoon Session.

The AIKSCC, a joint platform of About 250 farm workers’ organisations, got a boost with 10 Central Trade Unions (CTUs) including rescinding of the laws in its charter regarding their joint call for a nationwide general strike on November 26.

The unions had earlier called for the strike for repeal of the four Labour Code Laws.

“The AIKSCC will not budge from its call for the march,” Ashok Dhawale, president of All India Kisan Sabha (AIKS), said.

The AIKS, a constituent of the AIKSCC, congratulated farmers’ organisations from Punjab for their yesterday’s walk-out of the meeting with the Union Agriculture Secretary.

The delegation members staged a walkout when the government side did not accede to the demand to repeal the farm laws.

A delegation of 29 organisations from Punjab took part in the meeting.

“The unity and determination expressed by the Punjab leadership of the AIKSCC and other unions’ associating in the struggle is inspiring to the peasantry across the country,” Dhawale said.

The Agriculture Secretary was not able to answer the question why the legislation for assuring price does not have any clause on guaranteed procurement with MSP at C2+50%, he added.

The delegation demanded that the Prime Minister Narendra Modi and Minister for Agriculture Narendra Singh Tomar should call all Kisan organisations for discussion if they were keen to resolve the issue.

AIKS accused the Union Government of trying to put the wrong notion that the farmers struggle was limited to Punjab only.