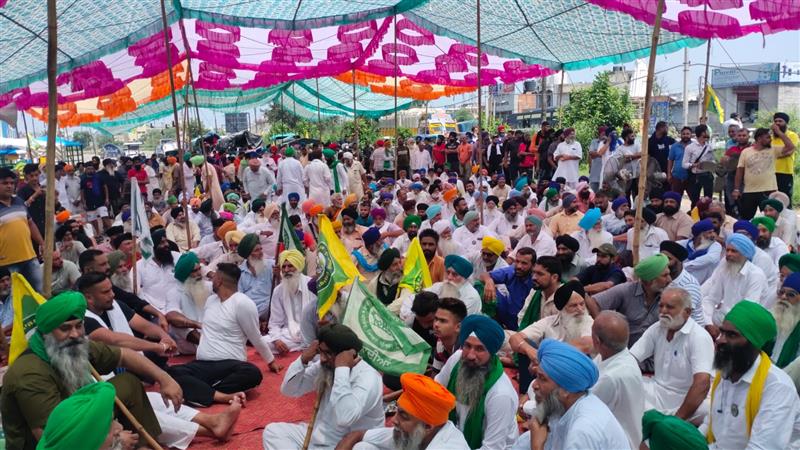 Farmers blocking traffic on Ludhiana-Jalandhar section of NH-1 on Monday in support of their demands. Tribune Photo

Though the traffic police led by Phagwara traffic incharge Aman Kumar had issued an advisory for commuters owing to the road blockade by protesting farmers, thousands of commuters had to face inconvenience. However, farmers blocked only one side of the highway.

Farmer leader Satnam Singh Sahni said keeping in view public interest, vehicles of students and vehicles with patients would be allowed to pass. Farmers announced to continue dharna till acceptance of their demands. They held the sugar mills owners as well as the state government responsible for not providing their arrears despite four-five meetings with the representatives. They even urged the state government to seize the sugar mill and release

payment of arrears to the farmers who are facing a tough time.

It may be mentioned here that Punjab Chief Minister Bhagwant Mann had presided over a meeting with sugarcane farmers and assured the payment a few months ago but nothing has been done as yet.