Farmers cultivating land for 12 years to get ownership right 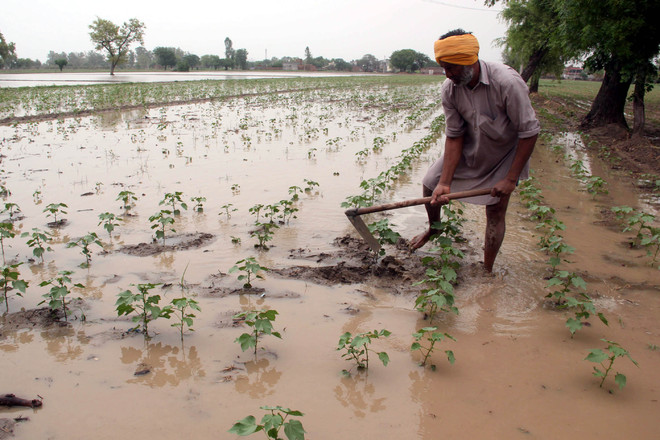 The farmer-friendly step will go a long way in settling pending litigations.

The state government has decided to allot land to small and marginal farmers, who have been occupying and cultivating it for more than 12 years, at a reasonable pre-determined price. The decision was taken by the state Cabinet, led by Chief Minister Capt Amarinder Singh, today.

The Cabinet approved the Punjab (Welfare And Settlement of Small and Marginal Farmers) Allotment of State Government Land Bill, 2020, thus ensuring the protection of interests of both farmers and the government. The farmer-friendly step will go a long way in settling pending litigations in the court.

The previous SAD-BJP government had in 2016 enacted the Punjab Allotment of State Government Land Act 2016 (Punjab Act No. 54 of 2016), but not one parcel of land was allotted to farmers under this Act. The incumbent government has thus decided to amend the law as a one-time welfare measure for small and marginal farmers.

Minister Sunder Shyam Arora and other ministers have sought elections to 126 urban local bodies in December. As Local Bodies Minister Brahm Mohindra could not attend the meeting due to health issues, the Chief Minister assured his Cabinet colleagues of discussing the issue with him.

Earlier, it was decided to hold the elections in the second week of October, subject to the emerging Covid situation. A Cabinet sub-committee of ministers, comprising Brahm Mohindra, Manpreet Badal, Balbir Singh Sidhu, Bharat Bhushan Ashu, Vijay Inder Singla and Sunder Sham Arora, had agreed to recommend the State Election Commission to hold the elections tentatively on October 11, but no decision has been taken so far