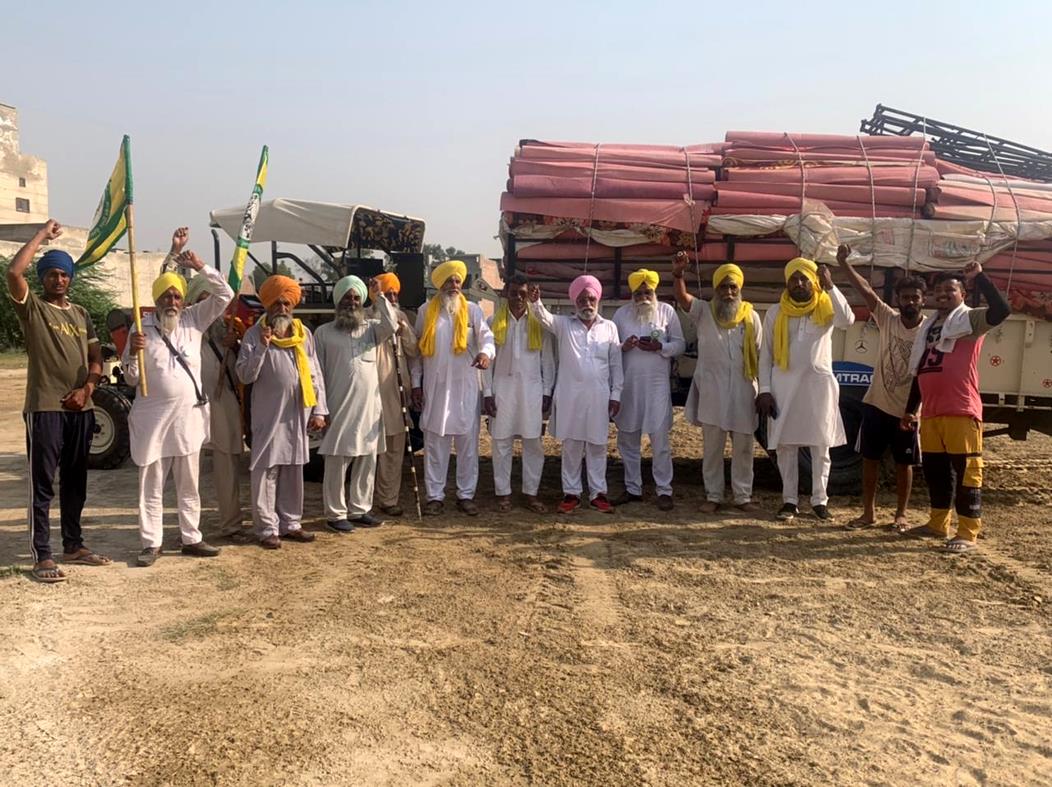 Farmers raise slogans against the state government in Muktsar.

The Bharti Kisan Union (Ekta Ugrahan) continued its protest outside the District Administrative Complex (DAC) for the the second consecutive day in Muktsar today. The union members remained busy urging villagers to reach for a mega protest on Friday.

The farmers have been demanding action against the Deputy Commissioner, Malout SDM and DSP, and cancellation of the FIR registered against them for holding captive a naib tehsildar and other officials in Lambi on March 28.

Joginder Singh Ugrahan, chief, BKU (Ekta Ugrahan), said, “A large number of farmers will gather in Muktsar tomorrow. Our protest will continue until the state government takes departmental action against the Muktsar DC, DSP Malout and the SDM. Besides, we demand immediate relief for the affected farmers and cancellation of the FIR.” —