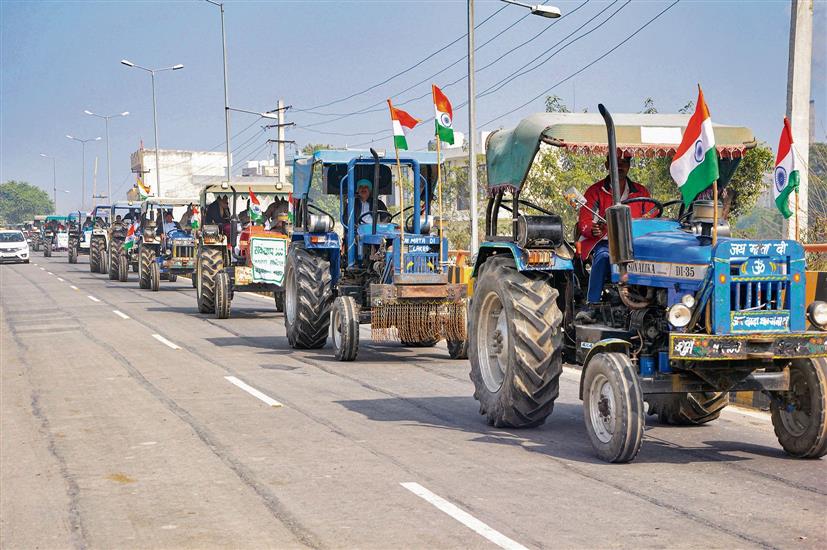 Despite the death of 300 farmers since they shifted their agitation to the Delhi border on November 26 last year, protests have not lost steam. Besides the permanent camps at the Delhi border, Punjab is also witnessing massive gatherings all over the state.

The next major step will be the “dharnas” at various protest sites on the Delhi border, particularly Singhu and Tikri, on March 8.

An elaborate plan is being made to observe International Women’s Day as an occasion to force the withdrawal of “draconian anti-farmer laws”.

President of the Bharti Kisan Union (Rajewal) Balbir Singh Rajewal put the figure of the dead at over 300. BKU (Ugrahan) general secretary Sukhdev Singh Kokrikalan said about 250 persons had died due to different reasons, including cold, heart attacks and road accidents, during this period. “We got busy with other activities during our ongoing struggle, so we were not able to maintain a proper record of the deaths. We will surely do that,” he added.

All unions have decided to hold protests on International Women’s Day to show that even women stood with us against anti-farmer laws. —Balbir Singh Rajewal, BKU (Rajewal) chief

Following massive gatherings at Jagraon and Barnala “kisan mahapanchatays” recently, farmer unions have chalked out elaborate programmes to carry forward their protests at other places. Confirming the March 8 programme, Rajewal said, “All unions have decided to hold protests on International Women’s Day to show that even women stood with us against the anti-farmer laws. This will be preceded by blocking the KMP Highway on March 6 for five hours (11 am to 4 pm).”

BKU district president Shingara Singh Mann said, “The government was trying its best to show that the farmers’ struggle was losing steam. It has, however, failed miserably in its propaganda. They are threatening our volunteers in various ways, including arrests. Even the celebrities supporting us have not been spared.”

Kisan Mazdoor Sangarsh Committee general secretary Sarwan Singh Pandher said, “We may be seen as a separate group during the agitation. However, we are fighting for the same cause. Our eighth ‘jatha’ is leaving for the Delhi border. We will participate in the programme on March 8.”

Pandher said, “We will hold a rally at Shahkot Mandi in Jalandhar, another one at Kapurthala on March 14 and at Ferozepur on March 15. The government has underestimated our dedication to the cause. We will fight till the end.”