Farmers in panic as locust spotted in Bathinda : The Tribune India

As per agriculture officials, 80 to 90 locusts spotted at Leleana village, 30 to 40 in Kuttiwal Khurd and 35 to 40 locusts in Ramniwas village 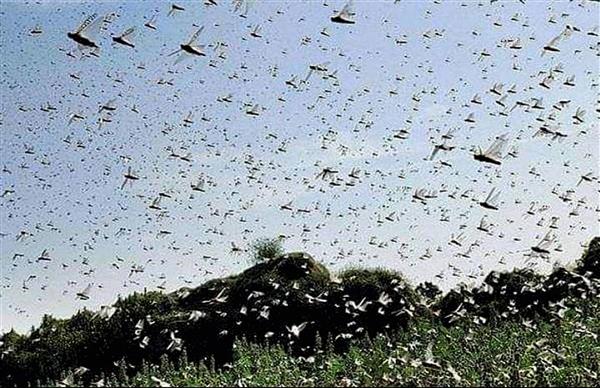 A swarm of locusts has been spotted on four different occasions in the district sending the state Agriculture Department officials into a tizzy even as they claimed the number of pests was too less to harm the crops.

This has led the alarm bells ringing amongst farmers in the district adjoining bordering Haryana, who have come out in fields to safeguard their crop from the attack of the locusts.

However, even few locusts were also spotted in cotton field on ring road near Lal Singh Basti on the outskirts of Bathinda city.

The officials also claimed that there was no need to panic as the department was fully ready to tackle the locusts if the situation arose.

After receiving the news of the locusts spotting, an Agricultural Department field team, along with Chief Agricultural Officer Dr Bahadur Singh, reached the affected fields and took stock of the situation. He said 40 to 50 locusts could not do any damage to the crop.

The Chief Agriculture Officer said a few locusts had been found in a few villages in the district but they were all inactive and since there was no mass attack or arrival of locusts in the district, they won’t harm the crops.

He said special arrangements had been made by the department to ensure that swarming locusts did not attack the crop. He added that farmers had been provided 1,442 gun spray pumps while 32 spray machines were available with the Horticulture Department and 50 boom sprays with the UPL Limited.