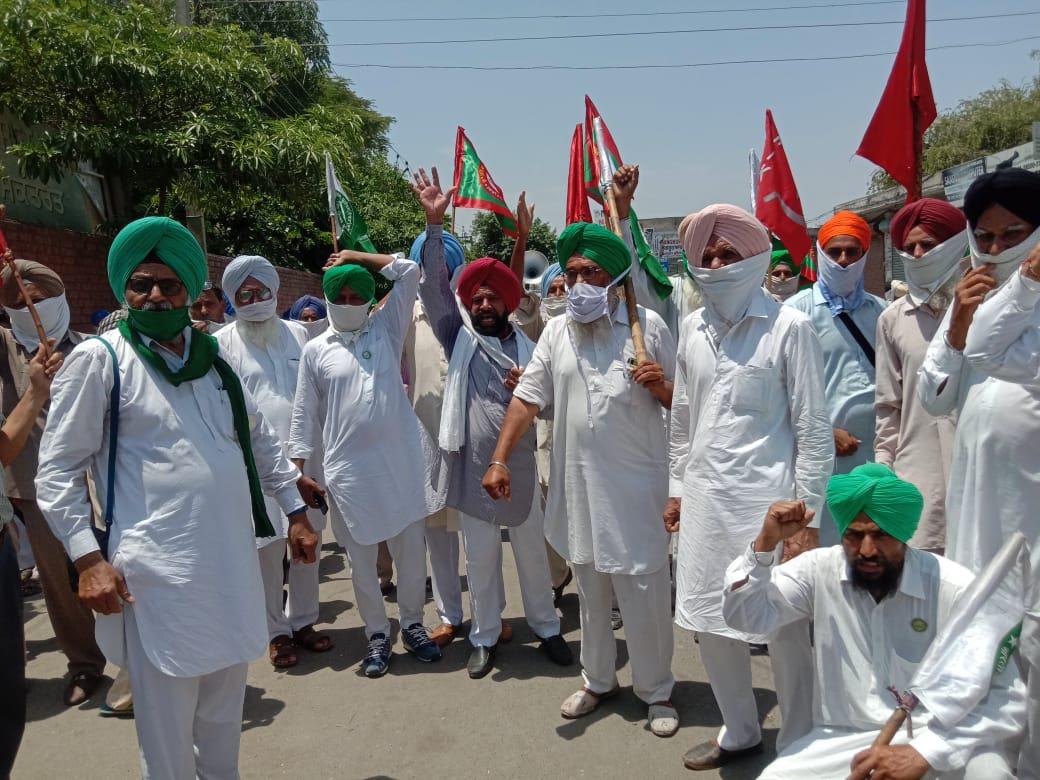 Farmers hold a protest in Bathinda on Wednesday. Tribune photo

Farmers in Punjab held a protest against the central government against what they call “anti-farmer polices” of Prime Minister Narendra Modi’s government on Wednesday.

All India Kisan Sangharsh Coordination Committee (AIKSCC), a pan-India umbrella body for farmers, called a protest that saw protesters hand over a memorandum of their demands to district collectors across Punjab to be handed over to the prime minister.

“Union government has announced a package of  crores for assistance to farmers, but actually not a single penny   has been   allotted to farmers.” Darshan Paul, executive president of Punjab’s Krantikari Kissan Union said.

They want the new Electricity Amendment Bill 2020, a proposed law that offers a “level playing field for consumers and a uniform tariff system”---a development critics fear would mean an increase in electricity charges for consumers.

Farmers across the country, as well as some states like Telangana, have opposed the bill saying it would only serve corporate interests.