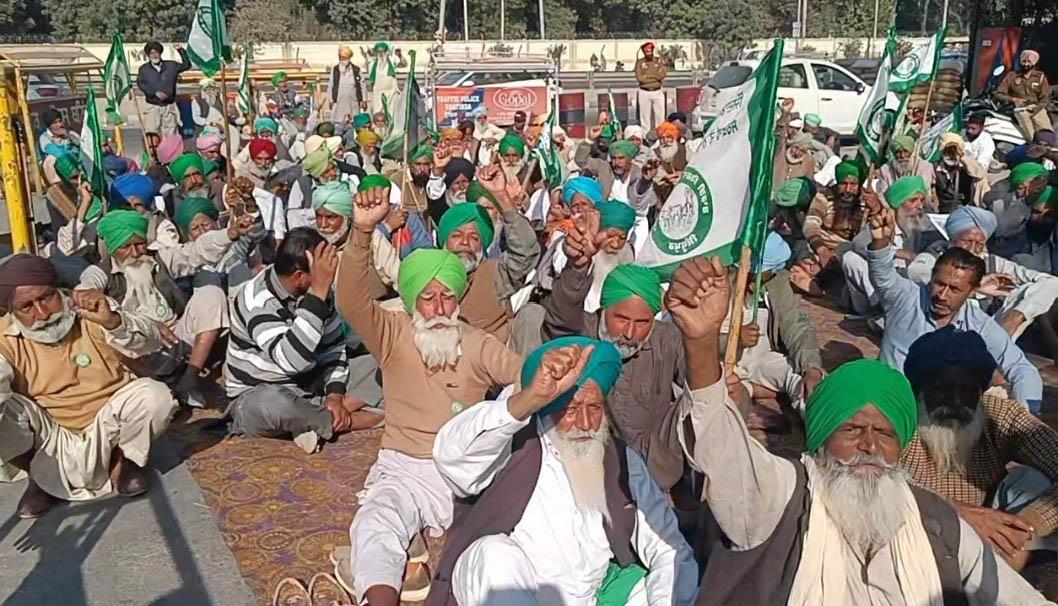 Alleging inaction in a fraud case wherein a group of 16 persons had duped farmers of crores of rupees by promising “hefty returns” on investment, many members of the BKU (Ekta-Sidhupur) protested outside the Cantonment police station in Bathinda demanding arrest of suspects and return of their money.

Around 16 persons had duped farmers of over Rs 2 crore by promising them hefty returns on their investments. A case was registered in this matter in October. — Resham Singh Yatri, BKU (Ekta-Sidhupur)

They raised slogans against the district administration, demanding immediate action in the matter.

Resham Singh Yatri, a senior leader of the union, said, “Around 16 persons had duped many farmers of more than Rs 2 crore by promising them hefty returns on their investments. The police had registered a case against them in October this year, but they have not made any arrest so far. Since strict action was not taken against fraudsters, many other people too fell prey to them.”

“Though a suspect had been arrested, the police let her go citing that all suspects would be arrested together and that investigation is still on. If the police can’t take a strict action against the fraudsters then we will have to intensify our stir in the coming days.”

Bathinda SSP J Elanchezhian said, “An SIT has already been constituted to investigate the matter and senior officials have been handling the case. After investigation is completed, action will be taken in the matter.”