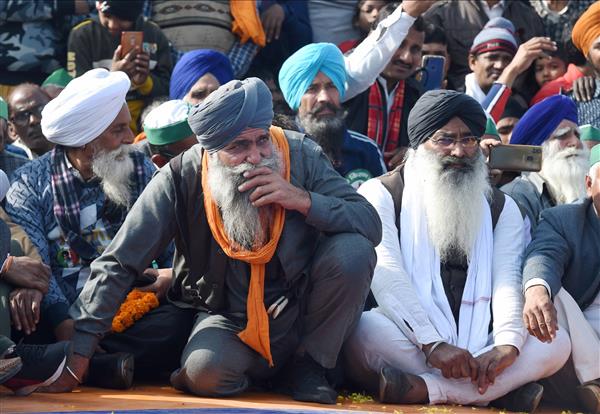 Reacting to the Supreme Court's order staying the implementation of the three farm laws, protesting farmers’ unions on Tuesday said nothing less than repeal of the Acts was acceptable to them and they would continue their agitation till their demand was met.

Talking to The Tribune, Kirti Kisan Union vice-president Rajinder Singh Deep Singhwala said they had made their position clear before they started their protests at the entry points to Delhi in November. “Our position is clear from the first day that neither will we accept amendments to the Central farm Acts, nor accept any stop-gap arrangement,” he said.

Singhwala said they had conveyed this to the government in every meeting held with the Union ministers earlier. “Those who cleared the legislations through ordinance route during Covid lockdown must show equal eagerness in calling a special Parliament session to repeal these laws,” he added.

Jagmohan Singh of BKU (Dakaunda) said they had already rejected the government’s proposal of setting up a committee of experts or any third-party mediation. “We don't want any mediator. Why can’t the Centre immediately convene a Parliament session to repeal the laws? Why is it so adamant?” he said.

The farmers’ organisations, meanwhile, have called a meeting at 4 pm on Tuesday to chalk out future strategy in the wake of the Supreme Court order.