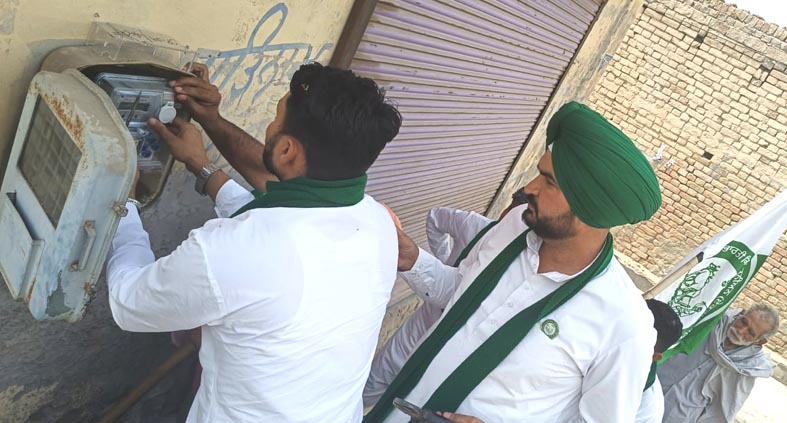 A group of farmers led by BKU (Dakaunda) president Harish Nadha today protested the installation of smart meters, accusing the state government of succumbing to the pressure of the Centre.

Not aware of incident

I am not aware of it. But two such meters were removed in the past and the matter had been brought to the notice of the higher authorities. — Phuman Singh, Executive Engineer, PSPCL, Jalalabad

The farmers removed one such meter installed at a flour mill at Ghubaya village. The meter was installed by the PSPCL at the flour mill of farmer Uttam Singh.

step towards privatisation of the corporation and subsequently allowing private players to exploit poor farmers and labourers.

He asked the PSPCL authorities not to install such meters in villages and said any such move would be resisted by farmers.

Phuman Singh, Executive Engineer, PSPCL, Jalalabad, said he was not aware of removal of any meter. He, however, said earlier two such meters were removed and they had brought the matter to the notice of the higher police and department authorities.

Meanwhile, Ranjan Kumar, Executive Engineer, Fazilka, said 300 to 400 such meters had already been installed in the Fazilka electricity division so far.