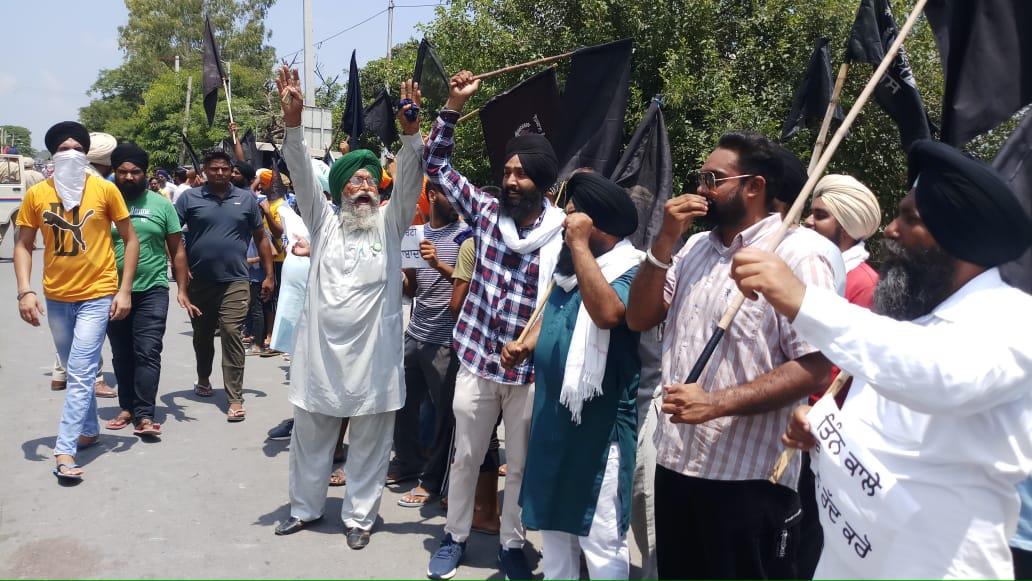 A group of farmers on Saturday showed black flags to newly-appointed Punjab Congress president Navjot Singh Sidhu when he arrived here to pay obeisance at a gurdwara.

Protesters also raised slogans against Sidhu for his “thirsty walks to the well” remark made during his address in his installation ceremony at Chandigarh on Friday.

Sidhu clarified that his comment was misunderstood and presented in wrong perspective.

The Congress leader said he has high regard for farmers and supports them with heart and soul.

On Friday, Sidhu had said, “I say to the Kisan Morcha people, my elders (farmers) that the thirsty walks to the well. The well does not go to the thirsty. I today invite you (farmers). I want to meet you.”

Meanwhile, the Aam Aadmi Party took exception to the Sidhu’s remark and said it “smells of arrogance”.

“It is a pity that on one hand Navjot Sidhu announced to kill his ego and on the other, to stand in favour of farmers, he also made a condition that the thirsty (farmers) have to come to the well (Sidhu) because the well does not go to the thirsty,” said AAP state farmers’ wing president and MLA Kultar Singh Sandhwan in a statement.

Sandhwan appealed to Sidhu that he should immediately apologise for his remark as farmers are “annadatas” of the country. PTI