BBMB row: Farmers to take out tractor march to Chandigarh on March 25 : The Tribune India

BBMB row: Farmers to take out tractor march to Chandigarh on March 25 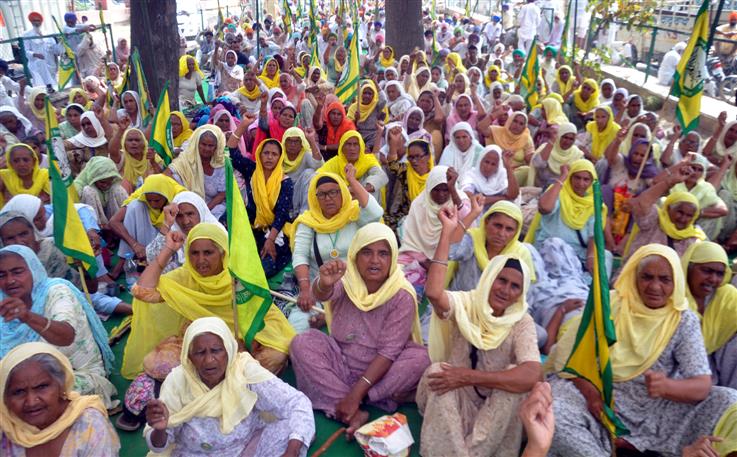 Members of the BKU (Ekta Ugrahan) stage a protest in Bathinda on Monday. Tribune photo

Farm union leaders said they had forced the Centre to repeal the three-farm laws by holding peaceful protests and would again start a protest if anti-state decisions were not taken back. They urged the government to fulfil all promises that were made with the farmers during the agitation. The leaders announced that if their demands are not met, they will be forced to start an agitation again and also announced a tractor march to Chandigarh on March 25.

Addressing a gathering, SKM leader Harnek Singh Bhallamajra alleged that the Centre was behaving like a dictator and wanted to abolish the federal system in the country by bringing in new laws and working against the spirit of the Constitution.

They raised slogans against the Centre and burnt its effigy and submitted a memorandum to the DC to be forwarded to President Ram Nath Kovind. —