Farmers took right decision of not letting any political party to occupy their stage: Manjit Singh GK : The Tribune India 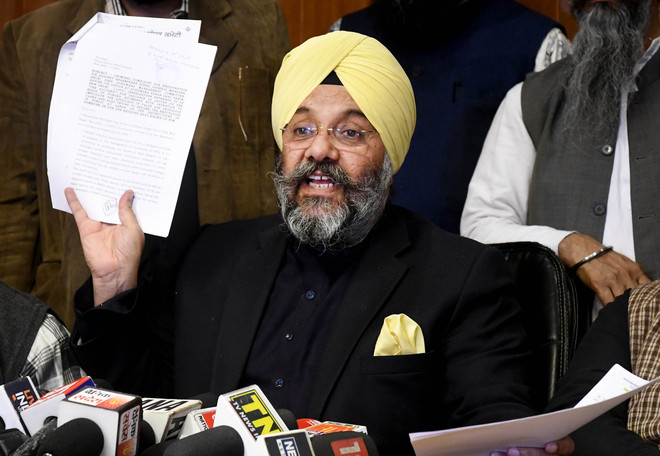 At a time when the elections of Delhi Sikh Gurdwara Management Committee (DSGMC) are approaching, its former president Manjit Singh GK believes that its results would set the tone for the SGPC and 2022 Punjab Vidhan Sabha elections, as well.

GK, who was here to pay obeisance at the Golden Temple, said his purpose was to pray and perform ardas for the success of farmers’ struggle in the New Year.

He advocated the farmers’ move of not sharing their stage with any political party while contesting the farm laws.

“Otherwise, the political parties who had lost their grounds, would have misutilised the farmers’ platform for their political gains while tarnishing the farmers’ cause,” he said.

He said many rounds of talks were there between the farmers and the Centre leadership, but these remained inconclusive. “I appeal to the Centre to resolve the issue shortly, especially when the farmers with their elders, children and ladies were holding protests amidst the adverse weather conditions,” he said.

Launching a scathing attack on SAD, the president of JAGO (Jag Aasra Guru Ott) party said that Badals’ downfall was started in 2014 when Arun Jaitley could not succeed in Lok Sabha elections from Amritsar.

“Badals have lost the credibility among the Sikhs who could never forget the flip-flop decision to pardon the controversial Sirsa Dera cult and series of sacrilege incidents that led to killing of innocent at Barghari. The DSGMC would witness the elections in three months and its results would clear air about Badals’ future. I foresee Badals being totally wiped out from the DSGMC, followed by the SGPC and the Assembly.”