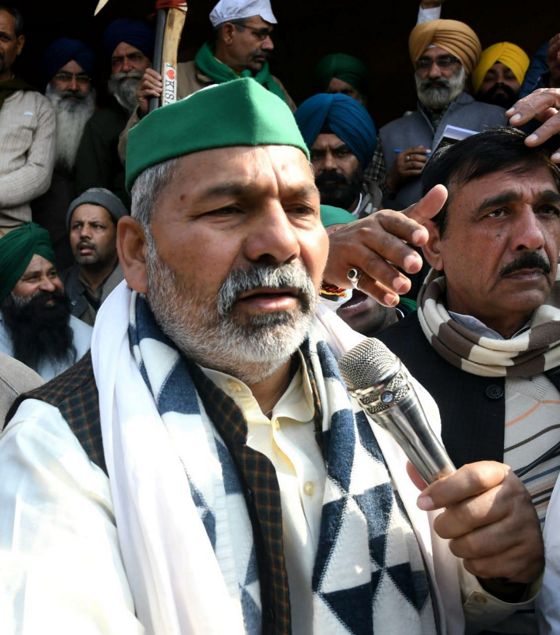 On the last day of the People’s Literary Festival, farmer leader Rakesh Tikait today participated in a discussion on challenges after the success of the farmer movement in Bathinda on Wednesday.

Tikait said, “A farmer is the biggest victim of corporate houses. International conspiracies are being hatched to exclude peasants from agriculture by creating new laws.”

Talking to mediapersons, the farmer leader said they needed another massive movement to get the Swaminathan report implemented and the remaining demands met, for which they were working on international platforms. Along with this, he also mentioned the need to unite and save “khap panchayats” in neighbouring states.

Calling the farmer movement a great success, Tikait said seminars, books and films about it were beneficial for the coming generation.

Joginder Singh Ugrahan, a farmer leader, said the real credit to the success of the ‘kisan andolan’ lay in the pressure of the people, which brought 600 small and big organisations to the ‘andolan’.