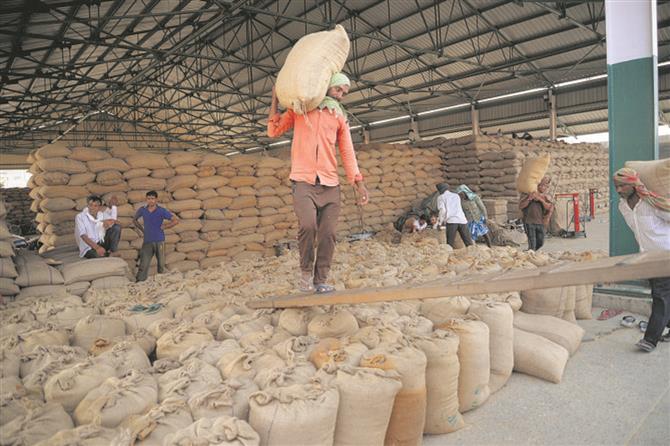 The Food Corporation of India has asked its field staff to check all consignments of rice handed over to them for the central pool and ensure old stocks are not being recycled and passed on to them as rice milled from this season’s paddy.

How it will work

Punjab Police have registered eight FIRs against 16 persons for attempting to sell their produce in the state, since the start of procurement on October 3. The police have also arrested eight persons after seizing 7,260 quintals of paddy or rice, besides impounding seven vehicles or trucks

All field officers have been instructed to examine consignments as per the specifications of the Government of India. All lots of custom milled rice are to be tested to determine the age of milled raw rice stocks.

The move follows the malpractices adopted by some rice millers, who procure cheaper rice meant for the public distribution system from states such as Bihar and UP and pass it on as custom milled rice to the FCI.

These millers are in cahoots with commission agents, who make bogus purchases and pocket the MSP of paddy. Since bogus purchase has been made, they have to turn the rice (from the paddy shown to be bought) back to the FCI, which is done by passing off old rice stocks.

Owing to this, the paddy purchased in the state last year stood at 203 lakh metric tonnes, almost 20 per cent higher than the crop produced.

Though the state government has raised the vigil to stop bogus billing and recycling of rice, the FCI, too, has decided to use scientific methods “to stop falling prey to unscrupulous traders”. “We have started training our field staff on how to check samples using mixed indicator method. From each consignment, five grams of sample will be taken for age determination, where a sample giving a green colour only will be accepted. The remaining samples will be rejected,” a top officer in FCI told The Tribune.