Feasibility study for metro systems in Punjab cities under way : The Tribune India 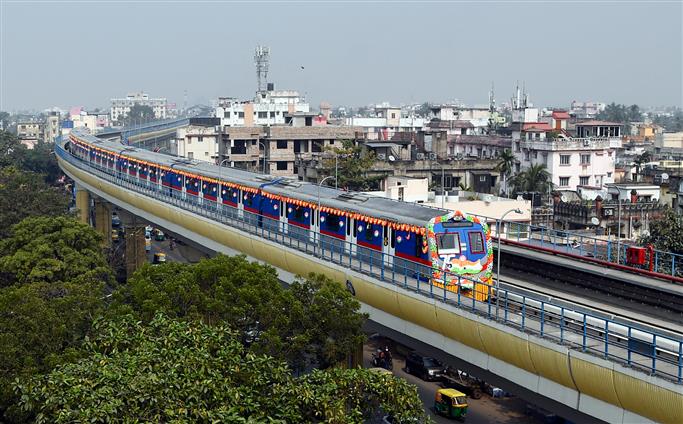 In an important development towards addressing the issue of overflowing traffic on the congested roads of all major cities, the government has commenced a feasibility study of kind of metro mode public transportation in Mohali, Amritsar, Ludhiana, Jalandhar and Patiala.

Sources in the Housing and Urban Development Department said the models under consideration included the Mass Rapid Transit (MRT), also known as heavy rail or metro, Metrolite or a light rail and Metro Neo systems.

For the bigger volume of traffic like in Ludhiana, the government could consider underground metro. Based on lesser rush requirements, the government could plan Metrolite, which is for the cities with lower passenger capacity at a reduced cost than a metro line. It will have dedicated tracks separated from roads.

Also under study is the feasibility of Metro Neo system, which is for a comparatively much lesser traffic. These cost little more than one third of laying out and running a normal metro and are also cost cheaper to passengers.

The Punjab Municipal Infrastructure Development Company had meetings with the Rail India Technical and Economic Service and Urban Mass Transit Company Limited recently. The state will first prepare the detailed feasibility reports on the existing ground situation of the population and city layout before finalising the project.

Housing and Urban Development Minister Aman Arora said, “Taking into account the already congested traffic and increasing bottlenecks in public mobility, particularly in bigger towns and cities, we have sought a feasibility report on the best alternative for public transport. We are expecting the report within 6-7 months and will be able to comment on the line of action only after studying the options.”

The Department of Local Government is also engaged in the ongoing exercise of the feasibility study of the alternative modes of public transport in big towns and cities.

A senior office said, “Golden Temple in Amritsar alone witnesses more than 1.25 lakh pilgrims daily. Traffic rush in Ludhiana is well known and Mohali is spreading fast. Looking at the pace of the increasing rush, particularly during the past decade, we cannot ignore planning alternatives to travel in Punjab.”

We have sought a feasibility report on the best alternative for public transport. We are expecting the report in 6-7 months. — Aman Arora, housing, urban development minister