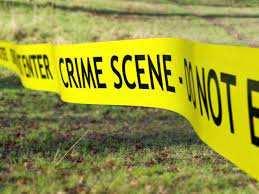 Two farmers were shot at and another sustained a head injury when they tried to stop illegal mining in their fields at Dineke village in the district’s Makhu block, the police have said.

The police have arrested two persons in connection with the attack and booked six others for attempt to murder, among other charges.

The condition of the injured persons — Suba Singh, Harpreet Singh and Sukhdev Singh, all members of a family — is said to be stable.

In his complaint, farmer Mukhtiar Singh (55) alleged that on Wednesday, he and his relatives saw some persons digging out sand from their fields. “When we confronted them, they shot at us and attacked us with lathis,” he alleged.

He also claimed that the same persons had tried to dig out sand from his fields in the past.

The arrested accused have been identified as Tehal Singh and Jagroop Singh. A rifle, a tractor-trailer and a motorcycle without a registration number were seized from them.

Meanwhile, illegal sand mining continues unabated in the border district. In the last one month, 22 FIRs have been registered and 12 persons arrested.

In the last six months, the police have registered 76 cases against more than 130 accused in connection with illegal mining. Besides, more than 70 tractor-trailers have been seized.