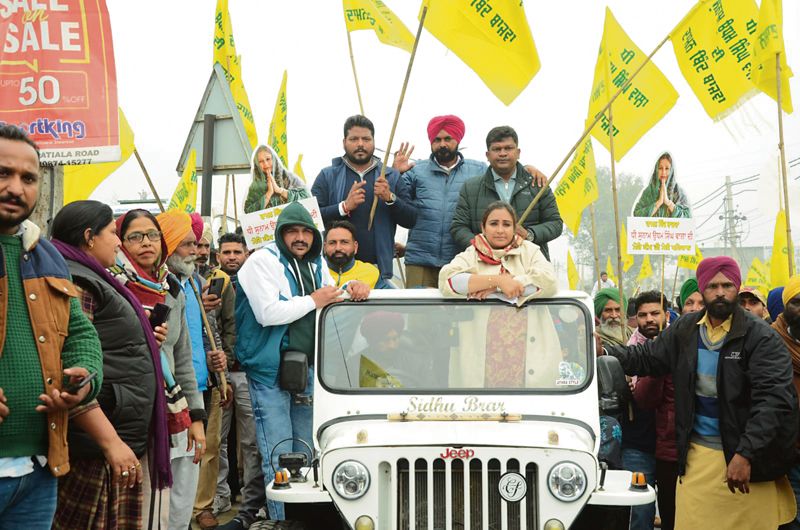 After weeks of indecision, leading to confusion in his camp, Cabinet Minister Tript Rajinder Singh Bajwa finally opted to contest from Fatehgarh Churian from where he is also the incumbent MLA. He filed his nomination papers in Gurdaspur today afternoon.

There was widespread speculation that his son, Ravi Nandan Singh Bajwa, who is also the chairman of the Gurdaspur Zila Parishad, would contest as an Independent from Batala from where the official candidate is Ashwani Sekhri, However, the move never fructified.

PCC chief Navjot Singh Sidhu had been vehemently opposing the shifting of Bajwa from Fatehgarh Churian to Batala. Tript had allegedly used all his resources, and contacts, in an attempt to get his seat changed. His main rival will be Lakhbir Singh Lodhinangal of the SAD. Interestingly, Lodhinangal is the sitting Batala MLA. His seat had been changed by the party after Lodhinangal impressed upon it the futility of contesting from Batala in the changed demographic scenario. Tript had been active in Batala and in the last five years he ushered in several big-time projects. — TNS

Sangrur: Congress' halqa incharge and national secretary of Indian Youth Congress Daaman Bajwa filed her nomination as an Independent candidate from Sunam. Bajwa had been seeking a review of the party decision to field Jaswinder Singh Dhiman, nephew of Amargarh MLA Surjit Dhiman, from the seat.

Muktsar: Denied ticket from Muktsar, PCC general secretary Jagjit Singh Honey Fattanwala, a cousin of Finance Minister Manpreet Singh Badal, has left the Congress. Honey was a ticket aspirant in 2017 as well but the party had fielded Karan Kaur Brar. In 2012, he had contested from Muktsar as PPP nominee. He is likely to join the SAD.