Reacting to the FIR, former DGP Mustafa termed it as complete nonsense 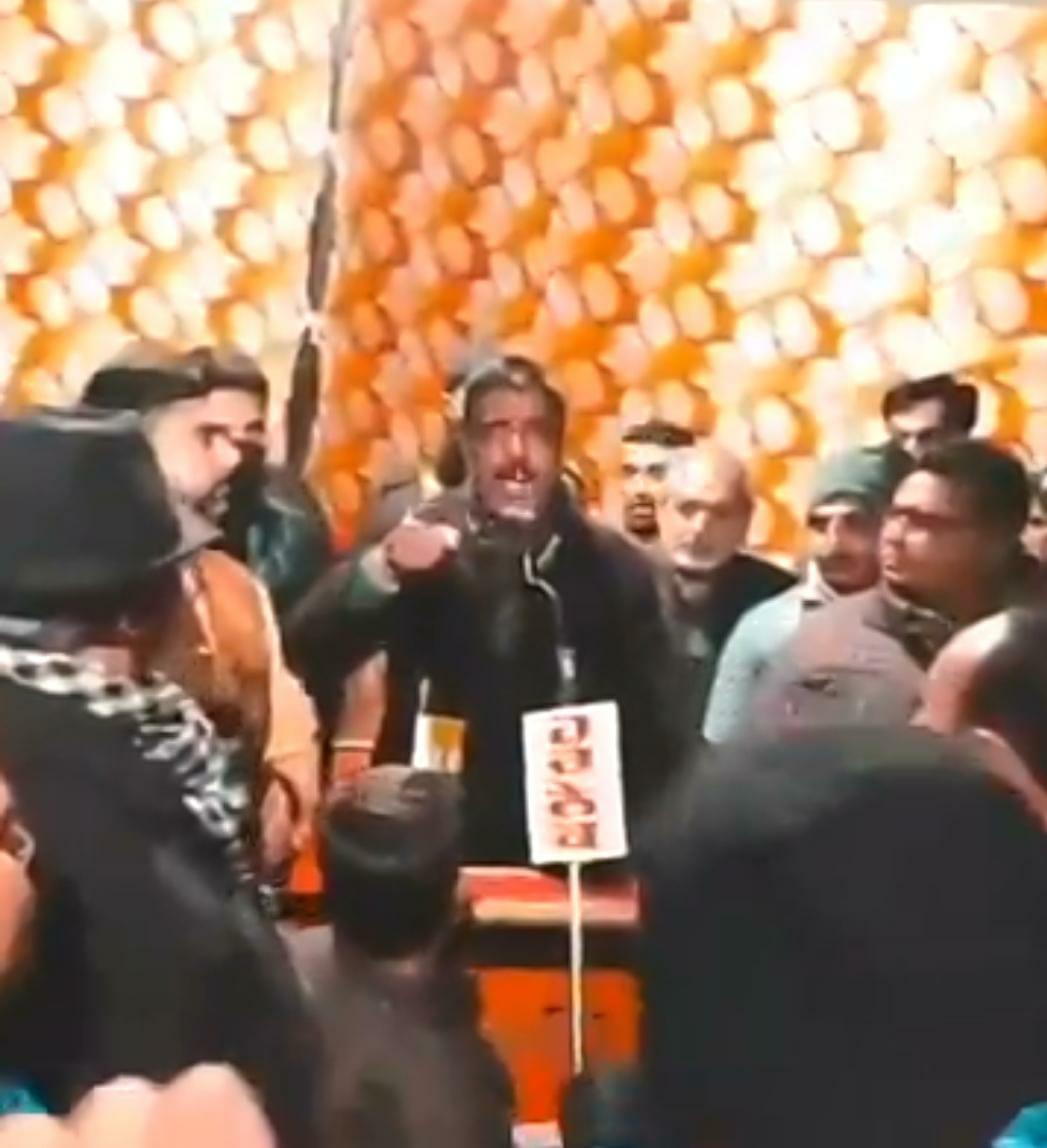 Screen grab from the video

After his purported `hate speech' video went viral, the Punjab police have registered an FIR against former DGP and advisor to Punjab Congress chief Navjot Singh Sidhu on Sunday.

Former Punjab DGP Mohammad Mustafa, against whom the FIR was lodged, is husband of Congress candidate from Malerkotla, Razia Sultana. He has termed the FIR as baseless and said his political opponents were trying to make an issue out of nothing.

Malerkotla police have registered a case under sections 153-A IPC ( Promoting enmity between different groups on grounds of religion, race, place of birth, residence) and 125 of representation of People Act 1950,1951 and 1989 against Mohammad Mustafa. The FIR claimed that while patrolling in area, they got information about a video wherein Mustafa was allegedly giving an inflammatory speech.

“After getting information about viral video, our SHO has registered the FIR. We would ask Mohammad Mustafa also to submit his reply during our investigations” said SSP Malerkotla, Ravjot Grewal.

After Mustafa allegedly threatened the AAP workers with dire consequences four days back during a meeting in evening and video went viral, AAP leaders also lodged a complaint with Election Commission and a notice was issued to Mustafa. But after video created storm on social media, police finally registered an FIR last night.

“I have never spoken against any community nor I have asked my supporters to issue any statement. I had warned AAP workers, who chased me and tried to harm me. The FIR is totally baseless as it has been registered without the proper verification of facts. I would cooperate during investigations and submit my replies whenever investigations officer asks me to be present” Mustafa told The Tribune.

AAP Malerkotla candidate Jamil Ur Rahman alleged that Mustafa threatened his supporters and announced that he would not allow them to organize any meeting. Since his wife is losing election with big margin, Mustafa has started getting restive” said Jamil.