Firefighters in Gidderbaha without pay for four months 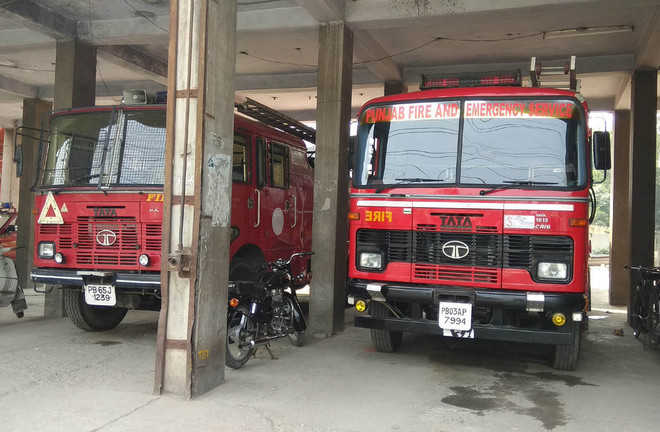 Firefighters in Gidderbaha have not been paid salaries for the past four months. They last got their salary for the month of November. - File photo

Firefighters in Gidderbaha have not been paid salaries for the past four months. They last got their salary for the month of November.

“We risk our lives to save others. However, the state government is not bothered to look into our problems. The last that we were given was four months ago. In such a situation, we are unable to meet the expenses of our families. Even an LPG cylinder costs nearly Rs 1,000 nowadays. It’s getting difficult survive. The state government should think about our families. Surprisingly, no one has so far raised our voice,” said a fireman.

Firefighters come under the municipal council and they have not got their salaries after last Nov. Poor financial condition of the MC is behind this delay. Jagsir Singh, EO, Gidderbaha MC

Gidderbaha Fire Officer Harjit Singh said: “We are working round the clock. During this time of the year, the number of fire incidents goes up due to the crop harvesting season. Our employees are providing their services diligently but they are not being paid. Further, some people of Husnar village, misbehaved with our team recently. I appeal to the authorities concerned to release our pending salaries.”

Gidderbaha Municipal Council Executive Officer (EO) Jagsir Singh said: “Firefighters come under the municipal council and they have not got their salaries after November. Poor financial condition of the MC is behind this delay. Further, our employees in the MC are also working sans salaries for the past about four months. The sanitation employees were, however, paid the salaries in the recent past.”