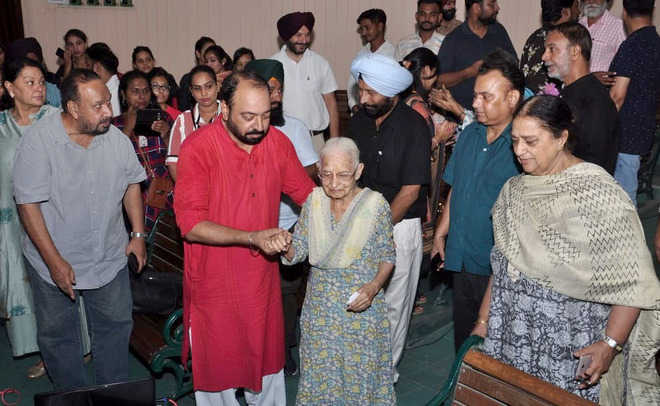 First Punjabi theatre actress and daughter of novelist Gurbaksh Singh Preetlari, Uma Gurbaksh Singh passed away on Saturday morning, due to prolonged illness at her residence in Preet Nagar, Amritsar.

Back in 1939, when Punjabi theatre was developing and women were not 'expected' to act or be part of the theatre plays, Uma Gurbaksh Singh became the first actress in a Punjabi play.

She was only 13 and the play was written by her father Gurbaksh Singh titled ‘Rajkumari Latika’.

She also actively headed protest plays during the nationalist movement and in 1944, she was imprisoned along with seven other female artistes for staging the play ‘Hulle Hulare’ against the British rule in India,’ shared Hirdaypaul Singh, younger brother of Uma Gurbaksh Singh and general secretary of Gurbaksh Singh Nanak Singh Foundation.