Five-year-old among two raped in Ludhiana 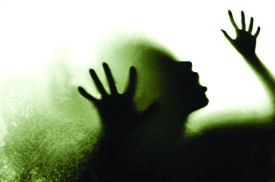 A five-year-old girl was among two rape victims in the district.

The first case was reported in Dakha in which a woman told the police that her grand-daughter was playing in the house while she was busy in some household work. “I suddenly heard the shrieks of my grand-daughter from the outer room of the house. When I went to check, I was shocked to see our farm labourer exploiting the child. After seeing me, the accused fled from the spot. The girl was profusely bleeding and was immediately taken to hospital,” she said.

The accused, Rajiv, a migrant labourer from Bihar, was later arrested.

SHO Dakha said the labourer had been employed by the complainant about a month ago. Rajiv was 40-year-old, married and father of four children.

In another case reported from Dugri in the city, the police booked one Piyush Rai of Basant Avenue.

The complainant alleged that she knew the accused for the past sometime and used to visit her house quite often.

The woman alleged that the accused had been sexually exploiting her for a long time and he had also taken more than Rs 8 lakh from her.

Yesterday when she was heading to market in her Scorpio and when she reached near Phullanwal Chowk, the accused stopped his car in front of the Scorpio and then he beat her up. The accused also smashed the windowpane of her car and also snatched Rs 1.5 lakh from her, the woman alleged.

Investigation officer Jaswinder Singh said raids were being conducted at the whereabouts of the accused to nab him.