For Punjab-born German poet, charity amidst pandemic lies at heart; here's what he said 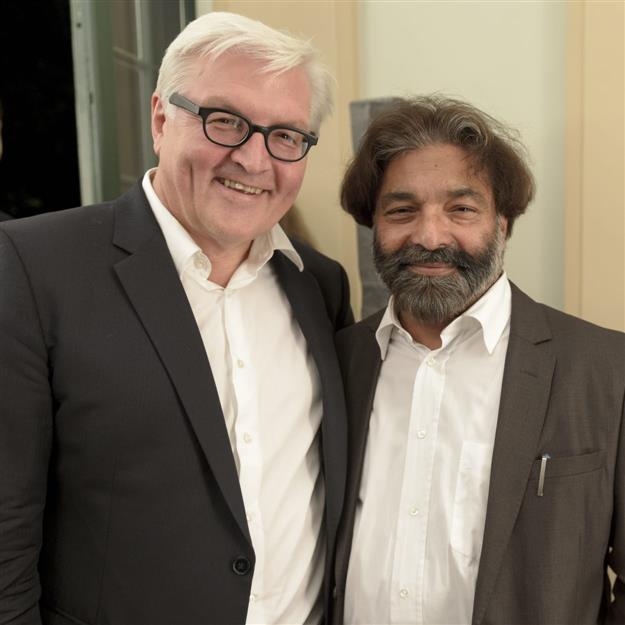 As Punjab-born German writer and four-times Poet-Laureate, Rajvinder Singh, saw painful images of Covid-19 patients dying due to lack of oxygen or hospital beds in India, he instantly looked for ways to help.

He got in touch with a Sikh shrine in Ghaziabad's Indirapuram that had started the "oxygen langar" for the needy people to save their lives and also with Delhi-based Shaheed Bhagat Singh Sewa Dal of Jatinder Singh Shunty of giving free of cost cremations or ambulance service.

Singh told IANS over phone from Berlin on Tuesday that he immediately transferred whatever he had on his personal account to support the "oxygen langar".

"Only afterwards I spoke to members of the Punjabi Association, Berlin of which I am President, many helped generously."

He has single-handedly brought on board many Germans, particularly his Rotarians and Lions friends, to support these two initiatives—one of the 'oxygen langar' and another by Shunty.

"All of them have been to India with me to further Indo-German Rotarian and Lions Dialogue which I have started a decade ago."

Taking a clue from Guru Nanak's philosophy of dialogue, Singh, who was twice invited by German President Frank-Walter Steinmeier when he was the Foreign Minister during 2005-09 and 2013-17 to join him on his official visits to India, and he did accompany him, has put the socio-cultural exchange as central and indeed foundational to the larger cultural and socio-political understanding amongst various nations and political entities.

"The Sikh social worldview teaches us to go beyond our personal 'self-ness' and care about the 'other-ness' as well," the poet and dubbing actor told IANS in an interview.

"I am carrying the Sikh tenet of human contiguity of always praying for 'Sarbat da Bhala' (benevolence for all humanity) with me like I carry my physical features of being Indian," said Singh, whose writings are known to contain delightfully philosophical and intellectually motivating ideas.

To promote an Indo-German dialogue amongst the youth, Rajvinder Singh had created Indo-German School Partnerships back in 2005 which are flourishing day by day and has brought them to India many times.

Later, as the volume grew bigger, they were brought under the auspices of German Foreign Ministry to ensure continuity and are attached now to the Max-Mueller Bhavan.

"When these students heard of my initiative to help people in distress in India, they immediately decided to be part of this initiative and are actively on board now, and have spoken to their guest families they had stayed in Ghaziabad."

Singh, who regularly gives creative writing workshops on Indo-German themes at schools, is glad to see the fruits of his inculcating these young students of feeling the pain of India living 8,000 km away.

When asked about the practice of cremating other peoples' bodies, Singh, with close connection to his land of birth, said: "I support Shunty's benevolent act of offering a soothing balm to those who have lost their dear ones. He is upholding the principle that even in their passing, the humans are beings whose dignity ought to be respected and maintained."

Feeling the pain of the pandemic, Charlotte Ueberholz, a 12th class student who came to India with Singh, said: "After the great time we experienced in India in 2019 with Mr Singh, it is terrible to see how people are faring there in the pandemic.

"We must draw our attention to the fact that in other countries people are in desperate need of vital help. Together we can change something."

Added Luise Alius, a student of the 12th class who came to India when she was in her 10th class: "I'm 17, and I have been in active contact with India for two years now.

"My stay in India was one of the most beautiful experiences of my life. I not only got to know Indian culture but made friends for life. To see wonderful people of India suffer in this pandemic is terrible for me. Ignorance should not be a reason not to act and show solidarity." — IANS