Upset over dera culture in Punjab, Vedanti had issued ‘hukumnama’ against Sirsa-based Dera ahead of assembly elections in 2007 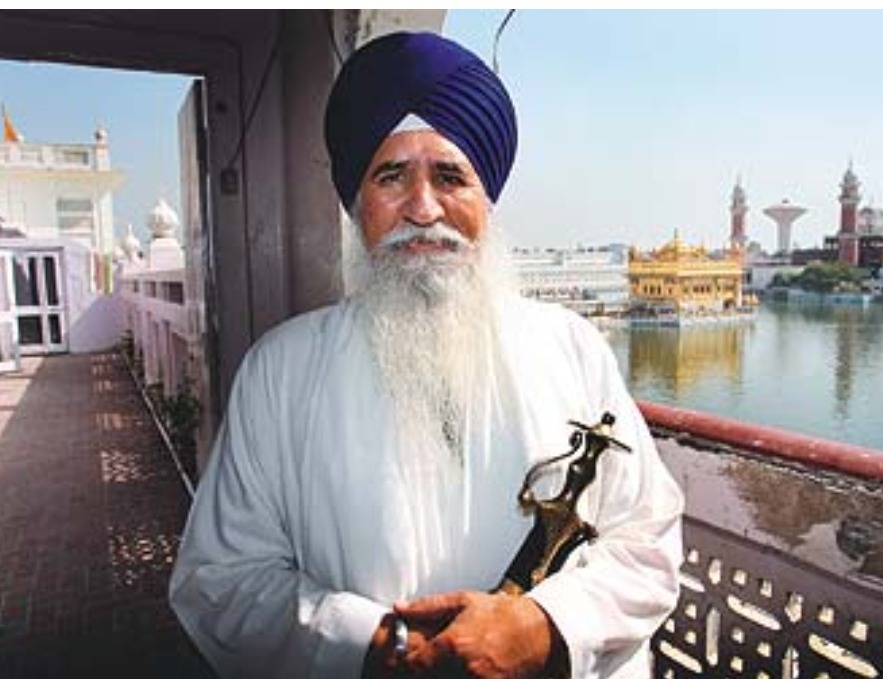 According to the details received, he had a heart attack this evening which proved fatal. He has also been the granthi of Sri Harmandar Sahib. He was around 70.

Giani Joginder Singh Vedanti Ji was scholarly and humble. His life was a manifestation of selfless human service. He worked to create a compassionate and harmonious society. Pained by his demise. Condolences to his family and admirers.

Bibi Jagir Kaur said with untimely demise of Jathedar Vedanti, the Sikh community has been deprived of a Panthic personality who had the intense linguistic knowledge of Gurbani.

Deeply saddened to learn of the passing away of former Akal Takht Sahib Jathedar Joginder Singh Vedanti Ji. My heartfelt condolences to his family and supporters. May Waheguru grant him eternal peace.

“His demise has created a vacuum in the Sikh Panthic circles. He spent his entire life preaching Gurbani grammar and guiding new learners about the interpretation of the Gurbani. Today, with his demise, there is a wave of mourning in the Sikh world and the loss of Jathedar Vedanti was irreparable,” she said.

Deeply saddened to learn about the demise of Giani Joginder Singh Vedanti Ji, former jathedar of Sri Akal Takht Sahib. His passing away is a great loss to the Sikh Panth. My condolences to his family. May Waheguru give them strength in this hour of grief. 🙏🏼 pic.twitter.com/BsISTQiYnz

Jathedar Vedanti occupied the highest temporal seat of Sikhs for around seven years till 2008, when he was asked to quit.

Upset over the dera culture in Punjab, he had issued ‘hukumnama’ against Sirsa-based Dera Sacha Sauda ahead of assembly elections in 2007.

Sources told that he also had to pay the price of showering praise on the former Prime Minister Manmohan Singh for being the symbol of global Sikh identity with his spotless image. This statement of his was not gone down well with the then SAD leadership who was in alliance with the BJP in the state then. His resignation was accepted promptly by the then SGPC president Avtar Singh Makkar and Giani Gurbachan Singh took over the charge in August 2008.