Saini, seven other cops have been booked for abduction, torture of former bureaucrat's son 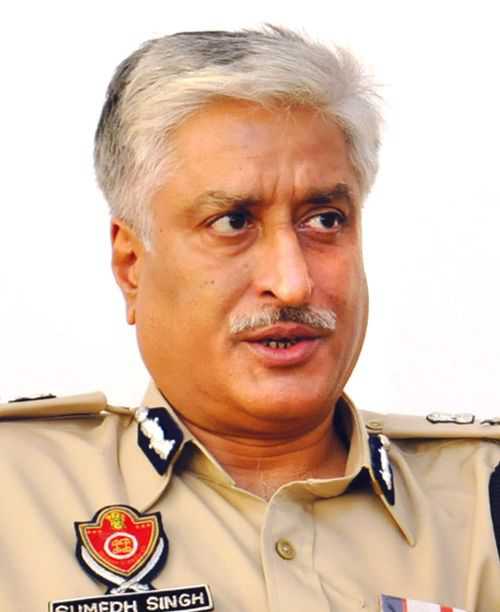 A local court on Monday granted anticipatory bail to former director general of Punjab police Sumedh Singh Saini saying there was a serious doubt about the maintainability of the FIR registered last week in a 29-year-old case of abduction and police torture.

Additional District and Sessions Judge Monika Goyal cast doubts on the motivations that led to the FIR.

“Chances are that it (the FIR) is an outcome of political vendetta as present applicant was instrumental in lodging FIRs against high ups,” the court said.

The court also said that since the case was now more than 29 years old and that Saini was willing to cooperate with investigators, it saw no point in arresting him, especially at a time when the Supreme Court and high courts were trying to de-congest jails in the light of the COVID-19 outbreak.

Saini and seven other policemen, some of them now retired, faces criminal charges in a 29-year-old case of abduction of the son of a former IAS officer.

“The purpose of investigation will suffice if the applicant is directed to join investigation and to cooperate properly. Thus, present is a fit case where he is entitled to anticipatory bail,” Judge Goyal said.

The court admitted that the allegations pertained to a heinous crime, but said that the only explanation the prosecuting agency and the complainant gave for the case being delayed was that Saini, being DGP, was very influential, but took no action in proceeding with the case.

The court said the Punjab and Haryana High Court had directed the CBI to investigate and an FIR was lodged on July 2, 2008. But the Supreme Court quashed it on December 7, 2011, saying the complainant/prosecution was at liberty to take recourse to fresh proceedings permissible under law, but the Multani family took no action.

The court also observed the complainant alleged he came to know about the details of his brother’s torture and subsequent elimination after reading a magazine article.

The issue was dated December 14, 2015. But the complainant did not take action till May 6, especially since Saini had retired in June 2018, the court said.

“No explanation is coming as to why the present complainant had kept mum for such a long time especially after June, 2018 and had chosen this time, that is the outbreak of COVID-19 when whole of the State of Punjab is under curfew and had travelled all way from Jalandhar during this time to do an act of lodging the FIR in 29 years old case.

“COVID-19 had brought the strongest nations to their knees, but the present complainant, who has fear of life and safety of his family since 1991, had chosen this time to come out and lodge the FIR against the present applicant, when prior to this, he had not taken any step in regard with disappearance of his brother," the court said.

Saini filed an application for anticipatory bail last Friday---two days after he and seven other policemen were booked for the abduction, torture and stage-managed elimination of Balwant Singh Multani.

Saini and the others were booked under sections 364 (kidnapping or abduction in order to murder), 201 (causing disappearance of evidence), 344 (wrongful confinement), 330 (voluntarily causing hurt to exhort confession) and 120 (B) (criminal conspiracy) on the basis of a complaint by Balwant Multani’s brother Palwinder Singh Multani on Wednesday evening.

The victim Balwant Singh Multani was accused of carrying out an attack on Saini when he was the Chandigarh Senior Superintendent of Police on December 11, 1991. He was booked along with Devinder Pal Singh Bhullar---a convict in the Delhi bomb blast case---and two others, but the police later claimed Balwant escaped from the custody of Qadian (Gurdaspur) police.