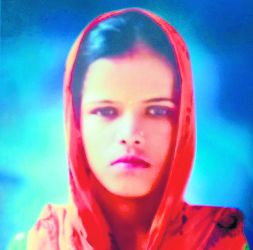 Seema, wife of UP migrant

Amid Covid hardship, a UP migrant lost his pregnant wife and child despite visiting seven hospitals in four days.

Having moved to Jalandhar in November last, Vicky got a job at a brick kiln after struggling for a while. Just when things started looking up, Covid came with all its challenges.

Vicky’s wife Seema (19) was pregnant and the couple were expecting their child on June 5. Around mid-May, Seema started complaining of unease and pain, though it wasn’t that consistent. The couple assumed the condition could be due to the final stage of pregnancy till the pain turned unbearable on May 28.

Seema was rushed to a hospital in Adampur but to their dismay, the authorities denied her admission. She was then taken to the Civil Hospital in Jalandhar where doctors diagnosed her with a serious complication and referred her to the Amritsar Medical College.

“The Adampur facility told us she was critical.... At the Jalandhar Civil Hospital, precious time was lost as we were first told to get a Covid test done. When the report came, the doctors said the child’s condition was critical and told us to go to Amritsar,” said Vicky.

The migrant labourer said Seema’s condition was normal on May 5 when her last ultrasound was done.

In Amritsar, his wife was treated for two days but doctors there too didn’t promise much. Vicky also tried his luck at four private hospitals. All turned him away due to lack of funds. A doctor at a private clinic said: “The patient was brought on the evening of May 31 (Sunday) in a critical condition... but the family couldn’t afford treatment.” Seema was brought back to the Jalandhar Civil Hospital, where she breathed her last on May 31.

Civil Surgeon Dr Gurinder Kaur Chawla said: “Seema required tertiary care in Amritsar, but the couple didn’t like it there and returned to us in a further complicated condition. Her was a case of intra-uterine death. The baby died in the womb.”