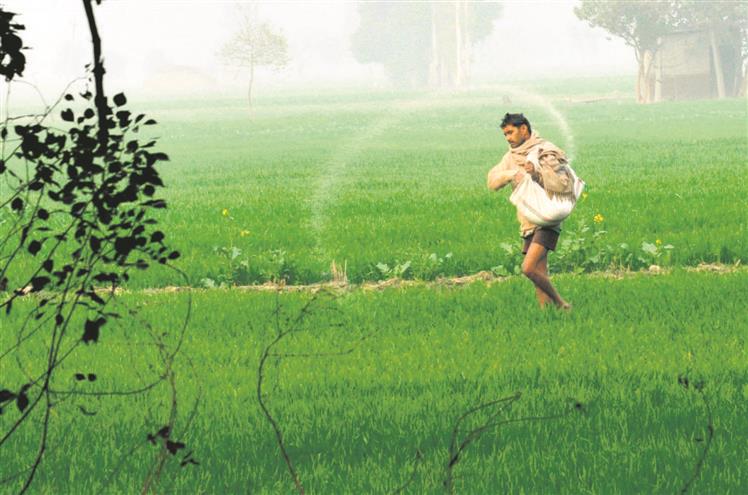 In less than 10 years, the FPOs have clocked an annual turnover of around Rs 2 crore.

For long, farm experts in Punjab have been talking about the need for collectivisation in agriculture. Now, groups of farmers, who have formed Farmer Producer Organisations (FPOs), are showing the way in increasing farm income and cutting input costs to make agriculture more remunerative.

Though most of the FPOs started in the beginning of the last decade, it is now that these are achieving new levels of financial growth. This is helping them become models of future agriculture, especially as the members of the FPOs are small and marginal farmers. This has been proved by two FPOs — one based in Ropar and the other in Amritsar — which were rewarded by the National Bank for Agriculture and Rural Development (NABARD) on Thursday. In less than 10 years, the FPOs have clocked an annual turnover of around Rs 2 crore. The FPOs have also got licence of commission agents and a substantial portion of the commission is returned to farmer members who sell their produce through the organisation.

Talking to The Tribune, Didar Singh, president of Rupnagar Producer Company, which won the prize for being the best FPO in the state, said their FPO clocked a turnover of over Rs 2.50 crore last year. Started with just 10 members in 2013, the FPO now boasts of 330 members in 27 villages of Ropar. The FPO, supported by the Gujarat Ambuja Foundation, has set up a farm machinery bank. It collectively buys all farm inputs to reduce cost, makes biomass and also has a licence of a commission agent.

“We let all our members use machines from the machinery bank at almost 35 per cent less charges than the market rates. We sell the biomass produced in our plant to Gujarat Ambuja. This year, the farmers who sold their paddy through the FPO got an additional Rs 15 per quintal as commission,” he said. Similarly, Jagriti FPO, from Ajnala in Amritsar, too, has seen an annual turnover of Rs 1.50 crore. Balwinder Singh and Ravinder Singh, from the FPO, said by forming a company, they had been able to promote natural farming of pulses, turmeric and cane, besides substantially cutting down on input costs. “We are grading and then selling pulses at much higher rates than we would sell earlier through the commission agents. Moreover, 30 per cent of the commission the FPO earns for selling the produce, is given back to the farmers who sell through the FPO. This year, we even paid higher prices for the basmati,” they said.

Economist Satish Verma from the Centre for Research in Rural and Industrial Development (CRRID), who has done an extensive research on the growth of FPOs in Punjab, said it was only in cases where corporate hand-holding was there, the FPOs were maximising profits. “As of now, NABARD provides hand-holding for just three years. This is insufficient time for the FPOs to grow, and this should be increased to five to seven years,” he added.