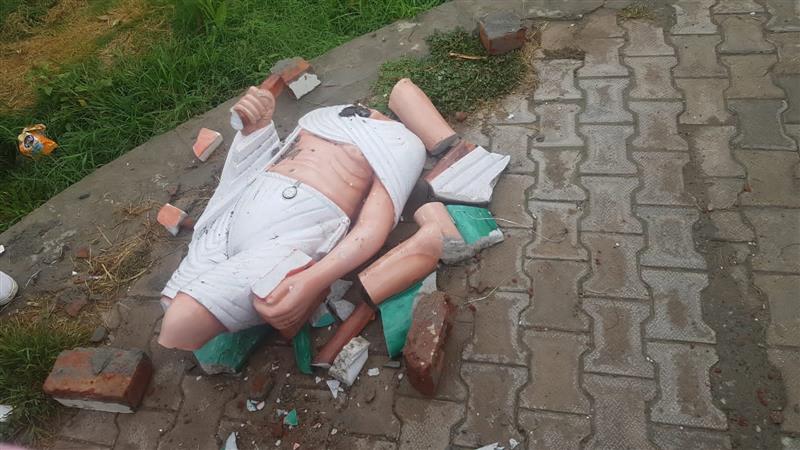 A statue of Mahatma Gandhi was allegedly vandalised by unidentified persons at a park in Rama Mandi. Cops claimed the incident took place on the intervening night of Thursday-Friday.

SHO Harjot Singh Mann said: “Some unidentified miscreants vandalised a statue of Mahatma Gandhi at a public park in Rama Mandi. We have filed a case under Sections 379 and 427 of the IPC.” He said they were scrutinising CCTV footage to identify the miscreants.