Lakha is mobilising people for R-Day 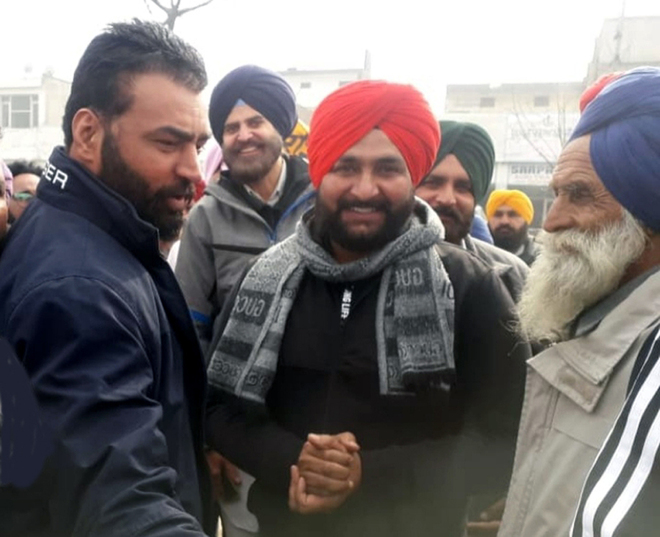 Gangster-turned-social activist Lakhbir Singh, alias Lakha Sidhana, is mobilising farmers in Punjab, particularly in the Malwa belt, to go to Delhi and participate in the proposed tractor rally of farm organisations.

On Friday, he came to Moga and met local people in the new grain market in a one-to-one interaction, impressing upon them to support the ongoing agitation of farmers. He said, “Once the new farm laws come into force, the corporate sector will lure them to join hands with it for contract farming. After sometime, the farmers will become labourers in their own land and the big corporate houses will capture their lands.”

He was of the view that the profit, which the corporate houses would earn from the hard work of farmers on their land, must retain with the farmers. “The farmers should be given more rates for their produce. The government must explore ways to export agro-products through the Food Corporation of India and other state-owned agencies to earn profits, which will also benefit the state exchequer,” he said.

Lakha Sidhana, who is also spreading his messages in support of the farm agitation through his motivational videos on social media, said Prime Minister Narendra Modi must look at the plight of small and marginal farmers instead of ‘selling’ them to corporate houses.

In his early days, Sidhana was better known as a ‘gangster’ as per the police files with at least 25 cases of kidnapping, loot and murder registered against him. Now, only a couple of cases under the Arms Act are pending against him. In most of the cases, he was acquitted by the courts for lack of evidence.

In 2018-2019, he also made headlines when his supporters smudged English language on signboards on highways, demanding that Punjabi be put on top. As a social worker, he has also organised mass marriage of poor girls.