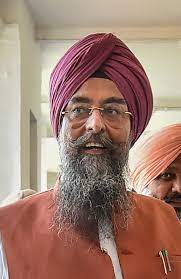 Members of the Behbal Kalan Insaaf Morcha had demanded the resignation of Vidhan Sabha Speaker Kultar Singh Sandhwan after the state government had failed to deliver justice as promised by him. File photo

A call for the gathering of various Sikh politico-religious groups at Behbal Kalan on December 15 (Thursday) is once again keeping the state government on the tenterhooks.

On December 1, members of the Behbal Kalan Insaaf Morcha had demanded the resignation of Vidhan Sabha Speaker Kultar Singh Sandhwan after the state government had failed to deliver justice as promised by him. On October 14, while attending 7th anniversary of police firing incident, Sandhwan had sought 45 days and had announced that justice would be delivered by November 30, failing which he had promised to resign and join the protesters.

After making repeated recording of the statements of many witnesses of both Behbal Kalan and Kotkapura police firing incidents in the last over 7 years, while the SITs are trying to give an impression that they are investigating the cases, it is merely an eye-wash and nothing else, alleged Sukhraj Singh, son of a deceased in the Behbal Kalan incident.

They are calling for investigations to pacify the protesters but not keen in completing it. The state government want to drag on the issue, at the same time pretending to be serious until the seriousness of the issue dies down and no finality is reached, alleged Sukhraj Singh.