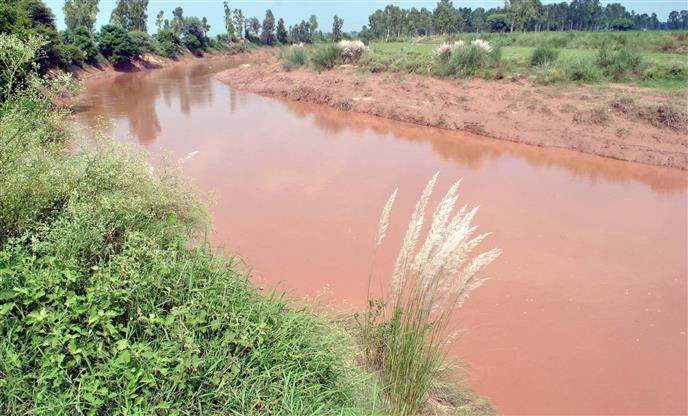 The Ghaggar river is the biggest poll issue for over six constituencies in Patiala and Sangrur districts, but more importantly for Ghanaur, Samana, Shutrana and Lehra where it causes the maximum damage when it overflows.

Ghaggar is the biggest poll issue for us. No leader has ever bothered about us after winning the elections. We have been looking up to the state government for a solution to the problem for the past over two decades. — Gurinder Lalli, Ghanaur resident

Often termed a “river of sorrow”, the Ghaggar issue is again haunting leaders across the party lines. With the Vidhan Sabha elections again round the corner, politicians are back to their best, including a slew of promises on the Ghaggar.

Politicians have been milking the issue of floods and pollution to fight electoral battles in Patiala and Sangrur districts for the past almost two decades without offering any permanent solution. In the past three decades, floods in Ghaggar have caused losses in hundreds of villages.

“Though MLA and MP candidates promise end to our suffering, nothing concrete has ever been done,” said Ghanaur resident Gurinder Lalli. Besides floods, many residents of villages alongside the polluted Ghaggar face cancer problem. Many villages have cancer patients. The Ghaggar originates in Himachal Pradesh and flows from Punjab and Haryana into Rajasthan.

“To stop the devastation in its area, Haryana has constructed a toe wall on the 4-km stretch from where the Ghaggar flows into the state. Every monsoon, we suffer losses to life and property while pollution is killing us slowly,” said Amaninder Singh from Hashampur Mangta, a tail-end village. “We will work to widen and strengthen its banks to ensure that floods can be controlled,” said Ghanaur MLA Madan Lal Jalalpur.