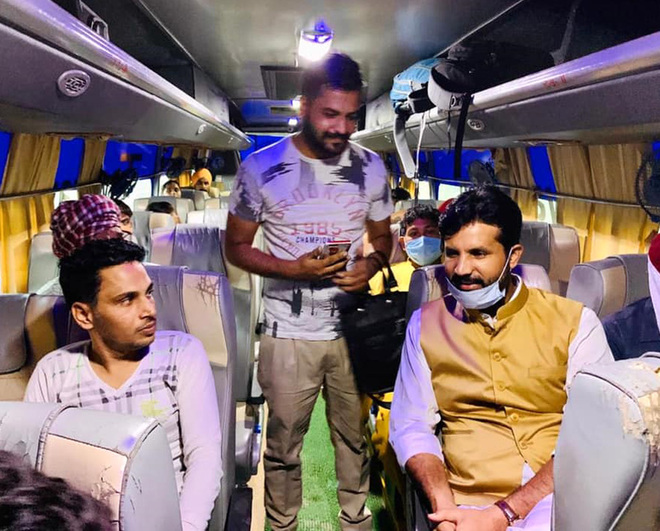 Addressing mediapersons during his visit to Bathinda today, Warring said the department officials must discharge their duties without getting influenced by big players and rein in defaulters in the transport sector. Earlier, he received a warm welcome by department officials and Congress workers.

Warring said: “Officials must not act under any sort of fear and impound all those buses plying without permit, including those indulging in tax evasion.” He said the department was taking steps to renovate the Bathinda city bus stand soon. “All other bus stands in the state will also be renovated soon and congenial and safe atmosphere will be created. Transporters have been indulging in tax evasion deliberately and all outstanding taxes will be recovered by the government now. Buses of those not paying tax will be stopped. There will be changes in the timing slots of buses soon,” he added.

Meanwhile, during a visit to his Gidderbaha Assembly constituency in Muktsar, Warring today received the guard of honour from the Punjab Police, but also faced farmers’ ire at Chhattiana village.

Upon being questioned, he told farmers to give their queries in writing so that he could ask the Agriculture Minister and officers concerned before holding a debate.

Warring also questioned the farmers protesting against him. “The Samyukt Kisan Morcha has asked all farmer unions to lodge protest against BJP leaders and question politicians of other parties. Then why are you lodging a protest against me?” he said.

Addressing the media, Warring said he would end the transport mafia within 15 days. “The timetable of buses had not been made in past almost 15 years. I assure you that the PRTC, Punbus and Punjab Roadways will make profit in the coming days,” he said.

He said the contract employees in the transport department would be regularised soon as per the Supreme Court guidelines. Warring also directed officers of his department to impound the buses running without mandatory permit or not fulfilling the norms.